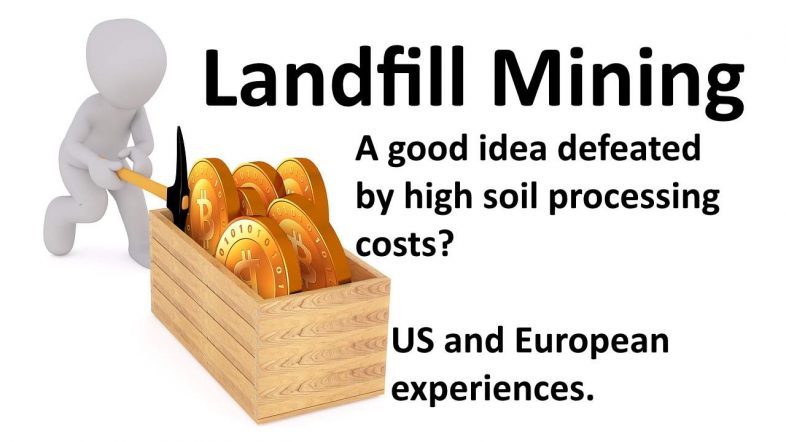 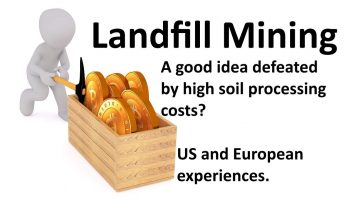 We first posted about landfill mining quoting from a CIWM Press Release in October 2008. As below, and now, almost 10 years later we have added our update. So what has happened to landfill mining since 2008? Almost nothing in Europe it seems, but since then, some landfill mining has been implemented, especially in the US. Scroll on down this page to find out whether landfill mining is a Goldmine or a Minefield!

With commodity prices rising at unprecedented rates the viability of landfill mining is now being looked at seriously, with landfills regarded as untapped mines of valuable resources, such as plastics and metals.

Their exploitation will raise interesting legal issues. The concept of waste remaining waste until recovered or disposed of is familiar. That being so, how quickly after deposit at a landfill is waste finally “disposed of”?

Is it immediately, or must we wait, perhaps until it has biodegraded? But, that would be a meaningless test for inert wastes.

With “landfill” being the deposit of waste onto or into land, and with the new Waste Framework Directive stipulating that “land” is excluded from its remit, it begs an interesting question as to the point at which waste deposited “into” land simply becomes part of the land. If so, is it  therefore no longer a waste?

Landfills still subject to closure and aftercare requirements under the Landfill Directive would create a regulatory headache, but mining a historic landfill might create fewer difficulties.

The activity would not fall naturally into any existing PPC category and if the contents are not waste. Presumably no environmental permit would be necessary.

However, unless you exploit 100% of what you excavate, you are presumably re-creating waste from the material you then re-discard?

Perhaps, as with carbon capture and storage, if progress starts to be made. At that time, the legislators may step in, and fill the regulatory gap.

“60 [Landfill mining] examples have been cited in solid waste literature since the first reported project in Israel in the 1950s.”

A literature review on landfill mining covering a meta-analysis of the main trends, objectives, topics and findings in 39 research papers was published during the period 1988–2008.

The results [at that time showed] that, so far, landfill mining had primarily been seen as a way to solve traditional management issues related to landfills such as lack of landfill space and local pollution concerns.

Although most initiatives have involved some recovery of deposited resources, mainly cover soil and in some cases waste fuel, recycling efforts have often been largely secondary.

Although the potential of this approach appears significant, it is argued that facilitating implementation involves a number of research challenges in terms of technology innovation, clarifying the conditions for realization and developing standardized frameworks for evaluating economic and environmental performance from a systems perspective. In order to address these challenges, a combination of applied and theoretical research is required. via TwoDecadesLfllMining.

An Introduction to Landfill Mining in 2018

Landfill mining and reclamation (LFMR) is a process whereby solid wastes which have previously been landfilled are excavated and processed.

The function of landfill mining is to reduce the amount of landfill mass encapsulated within the closed landfill and/or temporarily remove hazardous material to allow protective measures to be taken before the landfill mass is replaced. In the process, mining recovers valuable recyclable materials, a combustible fraction, soil, and landfill space.

The aeration of the landfill soil is a secondary benefit regarding the landfill's future use. The combustible fraction is useful for the generation of power.

The overall appearance of the landfill mining procedure is a sequence of processing machines laid out in a functional conveyor system. The operating principle is to excavate, sieve and sort the landfill material.

The concept of mining was introduced as early as 1953 at the Hiriya landfill operated by the Dan Region Authority next to the city of Tel Aviv, Israel.

Is Landfill Ming a Goldmine or a Minefield?

As societies move waste management practices up the hierarchy towards recovery, recycling and re-use, we are still left with the environmental legacy associated with the historic use of landfill. In parallel, as resources have become scarcer and we increasingly recognise the value in wastes, attention has focused on what potential value could be recovered through landfill mining.

Landfill mining often conjures up images of people scavenging a living from open dumps in developing economy locations. This is far from the truth. Rather, it is an unusual twist on the waste hierarchy by trying to recycle materials that were previously disposed of. But, timing, and a wide-spread changing realisation that resources are becoming scarcer is making landfill mining a far more acceptable and palatable term in sustainable waste management circles.

For these reasons, Landfill Mining and Reclamation (LFMR) is now beginning to be considered more seriously in both Europe and the U.S., and we have seen a recent increase in the discussion of landfill mining in the press – both in mainstream newspapers and more importantly in the trade press and among those working in the waste management sector – and most noticeably at a series of international conferences. via Goldmine or Minefield

Challenges for the harvesting of strategic metals

Although the development of landfill mining as a general solution to excessive waste has proved very economically and industrially viable (US Environmental Protection Agency), the application of this method to the harvesting of strategic metals still has fundamental issues.

The beneficial purposes can include recovery of recyclable materials, recovery of soils for use as daily or intermediate cover in active landfills, or recovery of land area for redevelopment.

Secondly, the environment in which some of these products are stored can render them unfit for recycling.

This issue was encountered in the Edinburg demonstration project in New York. Even though 50 percent of recovered nonsoil materials from that landfill (12.5 percent of the recovered materials overall) were deemed potentially recyclable, they could not be cleaned to market standards (US Environmental Protection Agency).

However, as landfill mining becomes more prevalent for other uses such as soil recovery and landfill life extension, new processes for cleaning and reclaiming such materials can be developed and perfected by corporations hoping to financially benefit from the recyclable coproducts of their landfill mining.

At that point, landfill mining primarily for the purpose of recovering strategic metals will become more prevalent. via MassachusettsIT

But clearly one UK company wasn't hanging around to debate the usability of reclaimed materials, because it announced in 2010:

Why landfill mining could be the next big thing | Environment

It might sound like a load of old rubbish, but landfill mining could be the next resources idea to sweep Britain and the rest of Europe. UK company Advanced Plasma Power (APP) has formed a joint venture to dig up a giant landfill site in Belgium, and will recycle half the rubbish and convert the rest into renewable electricity. The project, which will become operational by 2014, is thought to be the first of its kind in the world.

Other companies are also examining the viability of similar projects across the Continent to free up much needed landfill space and because the value of recycled metals which can be recovered has risen.

The 30-year project will reuse 16.5m tonnes of municipal waste dumped since the 1960s at the landfill site near Hasselt in eastern Belgium. APP will use its plasma technology to convert the methane produced by the rubbish, which is more than 20 times more damaging to the environment than carbon dioxide, into usable gas. This will fuel a 60MW power plant capable of supplying 60,000 homes.

The idea of digging up old rubbish is not new. The chief executive of one British landfill operator told the Guardian he had considered it 15 years ago. But the increasing shortage of landfill space, a need to produce more electricity renewably and higher metal prices are now combining to make firms consider it more seriously. via next big thing

The Economics Of Mining Landfills

Every landfill has its own unique set of circumstances that affect the economics of a potential project. Landfills come in different shapes and sizes. The amount of decomposition varies with climate and age; rural landfills have different compositions then urban landfills.

Some landfills may have accepted more construction and demolition wastes, while others contain more industrial wastes.

Some landfills have serious environmental problems while others are benign. A few states have well-defined regulations governing landfill mining, while many others have little experience with the process.

Overlooking an issue related to soil can mean the difference between profit or loss on a project. For example, if soil will be used as daily cover at another site, state regulatory authorities might require a Toxicity Characteristic Leaching Procedure (TCLP) for every 1,000 cubic yards shipped. A TCLP can cost $1,500 per analysis or $1.50 per cubic yard shipped.

Since not all costs can be anticipated, a contingency must be included in the costs.

To control the project's cost, contractors must get the most out of their soil processing equipment. Limiting the contractor to one shift per day will minimize any inconvenience to residents but will be costly. Reducing shifts from two to one shift per day can increase the cost by $1.50 per cubic yard and the project's completion time from two years instead of one. Operating at three shifts per day reduces costs by about 50 cents per cubic yard and could cut the project time to as few as seven months.

Excavator bucket capacities and cycle rates also influence landfill mining costs. For example, changing from a 3- to a 5-yard bucket can decrease costs by $1.20 per cubic yard. A drop in excavator cycle rate from four to two cycles per minute increases costs by $3 per cubic yard. via EconomicsLandfillWaste360

Facing a need to increase capacity at its Perdido Municipal Solid Waste Landfill without expanding the site's footprint, Escambia County, Fla., has launched an innovative on-site mining project. As a result of the project, the Perdido Landfill will be able to operate for an additional 26 years without having to expand significantly beyond its current boundaries. via Digging Deep

In the US, the term “landfill mining” has increasingly become a misnomer, as the primary driver has been to reclaim the old footprint and develop it to meet current Subtitle C regulations (i.e., typically at a minimum installing a bottom-lining system with leachate controls) and gain valuable additional airspace for active waste filling.

The reclamation of recyclable materials—like plastics, metals, and glass, and plastics and paper for energy recovery—are secondary and do not typically justify the total cost to reclaim them with natural gas energy, both abundant and relatively “cheap.”

As pointed out in the recent International Solid Waste Association (ISWA) publication on landfill mining, the concept of mining landfills is not new.

Some 60 examples have been cited in solid waste literature since the first reported project in Israel in the 1950s. Landfill mining is a practice not unique to any particular country or even region. The practice has both advantages and disadvantages. via Forester Network

Some of the lessons learned over the last few decades from landfill mining in the United States include:

So, it looks as if landfill mining is an idea which, due to the high costs of current soil-processing technology is still ahead of its time. nevertheless, at some future date landfill mining may become very important as a raw materials source for later generations. 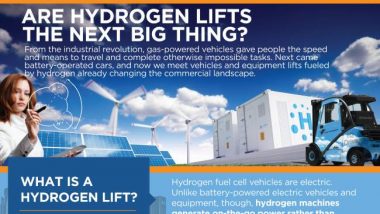 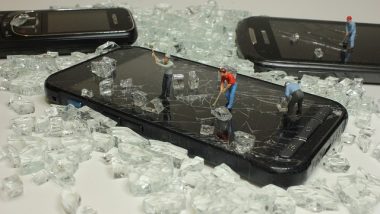 What is Recycling and What Can We Recycle?