Stop Recycling – It’s a Waste Of Time, Energy And Money?

OK, let's say we were to stop recycling in the UK, surely not much would happen. Maybe we should do that if it's true that it's a ‘Waste Of Time, Energy And Money?” Well, that's OK if you do as suggested in the video and stop buying the stuff in the first place!

Is Recycling Really A Waste Of Time, Money And Energy?

Most of us feel guilty if we do not take the trouble to wash and sort all those reusable plastics, papers and tins. We do this to avoid throwing them in the bin which for many items means that they still end up in landfill sites around the country. But how useful is recycling and can it really solve the “waste crisis”?

As we saw in the video above, we really need to stop making the vast majority of plastic items, but even if we do that maybe most recycling will still go to landfill?

via GIPHY (original video from BuzzFeed)

Can we Stop Recycling? What is the Scale of Waste Disposal in the UK?

UK households generate a staggering thirty million tonnes of rubbish a year, of which sixty per cent comes from packaging.

There has been a lot of publicity recently about waste that has been put out for recycling ending up in landfill sites. It is also clear that an increasing amount is being shipped to other countries to dispose of. That's despite China no longer accepting it, since the start of 2018. It can be cheaper to transport it to other countries than to recycle it or fill up the landfill sites in the UK.

The European Union (EU) has recently ordered the citizens of the United Kingdom to roughly double their recycling rates by 2008. Governments across the European Union and America have announced plans to require more recycling. Unless the UK hits these targets, local council tax bills across the UK will soar unless local authorities hit their recycling targets to enable the UK to hit their targets set by the EU. The UK government already charges tax for dumping waste in landfill sites to encourage us to recycle more and this tax is due to increase.

This will punish local councils which continue to use landfills and council tax payers will pay the price for poor performance by not recycling themselves or by not having the facilities to do this. It's therefore cheaper to recycle then to dump in the landfill sites.

In the UK, in 2015 alone, £13 billion of edible food was thrown away from households. In total that suggests 7.3 million tonnes of food went in the bin, which WRAP said, if prevented, would have had the environmental benefit of taking one in four cars off the road.

Benefits of Recycling – Why We Need to Continue Recycling

Recycling is the process of collecting and processing materials that would otherwise be thrown away as trash and turning them into new products. Recycling can benefit your community and the environment.

“Reduce, reuse, recycle” is the waste management mantra we often hear every time there’s a discussion about recycling. We can't simply stop recycling. Read on to find out why recycling really matters:

Reduces Demand for Landfills to be Developed

Reducing waste means not only reducing the need for landfill space by reducing the volume of waste that goes to the landfills. But it also means decreasing the amount of dangerous chemicals that seep into the soil and pollute the air due to improper waste disposal.

The UK proposes cutting the amount of waste put into landfill sites from 72 per cent today to 25 per cent by 2020. But, to stop recycling without building a large number of incinerators at huge cost, requires a lot more recycling!

Recycling paper and wood saves trees and forests, reducing climate change. Yes, you can plant new trees, but you can't replace virgin rainforest or ancient woodlands once they're lost.

It sounds hard to believe, but supplies of some types of sand are starting to get low around the world. via FoE

Creates Jobs in the Recycling Industry

Recycling reduces pollution because manufacturers are reusing materials instead of creating new ones, which also saves energy, and toxic chemicals and greenhouse gases aren’t being released into the atmosphere though incineration in landfills.

By recycling hazardous waste, it is prevented from making it to the landfills where it can potentially contaminate water sources through seepage, which has been known to happen. via renewableresourcescoalition.org

When organic material such as food scraps and green waste is put in landfill, it is generally compacted down and covered. This removes the oxygen and causes it to break down in an anaerobic process. Eventually this releases methane, a greenhouse gas that is 21 times more potent than carbon dioxide.

Using recyclable materials as raw materials to make new products saves a significant amount of energy. Here’s how much these materials save compared to their virgin counterparts. 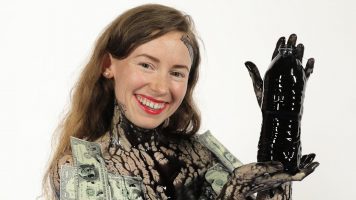 Landfills cause another problem in addition to taking up lots of space. The assortment of chemicals thrown into landfills, plus the chemicals that result when garbage breaks down and blends into a toxic soup known as leachate, creates huge amounts of pollution.

Leachate can drain out of the landfill and contaminate groundwater supplies. Today, impermeable clay caps and plastic sheeting prevent much of this run off, making the landfills much safer than they were just a few decades ago. Still, any leachate is too much if it's draining into your neighborhood.

The UK's overall recycling rates for everyday waste are still below the EU target of 50%. Wales is the best of the home nations. Meanwhile Austria and Germany achieve nearer 60%. (Exact figures vary a bit, depending on how recycling is measured and reported.) via HowStuffWorks

Using recycled materials in the manufacturing process uses considerably less energy than that required for producing new products from raw materials – even when comparing all associated costs including transport etc.

There are also extra energy savings because more energy is required to extract, refine, transport and process raw materials ready for industry, compared with providing industry-ready materials. via www.gov.je

Conclusion – To Stop Recycling or Not?

No. The case for recycling is so great to be unassailable! It's a non-starter, a “lose-lose” idea. Definitely no “win-win”s at all!

Recycling is really just common sense, and until the “modern era” it was a common household activity. Before the 1920s, 70% of U.S. cities ran programs to recycle certain materials. During World War II, industry recycled and reused about 25% of the waste stream.

The benefits of recycling are many, and the effect they can have are large. Which is why so many countries support the process and make sure that their citizens face no trouble at all when they want to take up recycling.

We invite you to join us in minimising the amount of waste you produce through careful buying to avoid waste. Don't stop recycling. Instead, recycle as much waste as you do produce as possible. Not forgetting to especially avoid buying single use plastic packaged items whenever possible.

Something to Think About – The Future?

What about the energy taken to recycle it? Is oil really running out? How much landfill is available?

Green Technology Tips and How to Lead a Sustainable Lifestyle 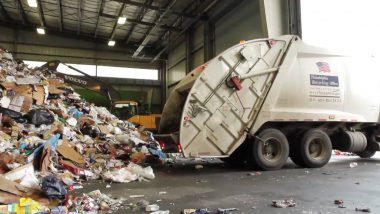