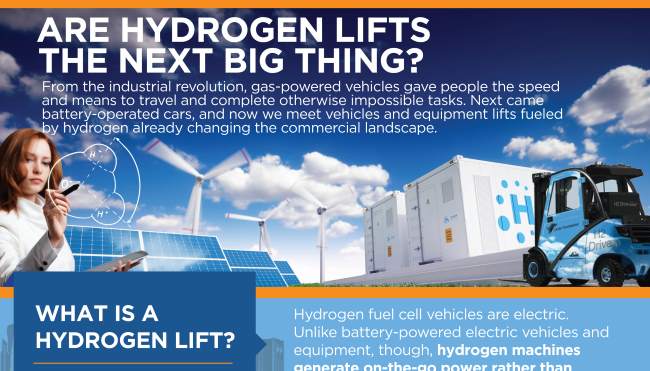 Hydrogen forklifts are making inroads into the powered industrial truck market. Thanks to a more eco-friendly mindset and an emphasis on operational efficiency, hydrogen lifts are now found in a variety of job environments. Everywhere from lumber yards to warehouses, from dockyards to ports routinely use hydrogen forklifts.

What are the pros and cons of hydrogen forklifts, and how will they impact the future of cargo management and warehousing? We asked Tom Wilkerson, CEO of CertifyMe.net, for an expert opinion on hydrogen lifts.

Hydrogen forklifts used to be somewhat of a rarity in the workplace. A decade ago, it was hard to find a hydrogen lift in a warehouse or distribution centre.

The following video is a version of part of this article. Watch it on video! But, don't forget to return and read the additional information you will find by scrolling on down this page!

Fast forward to the present day. It seems hydrogen forklifts are here to stay – for good. These type of forklifts offer many advantages over traditional gas-powered lifts, including:

Hydrogen cells are a renewable energy source, thanks to a relatively simple chemical reaction. No toxic fumes. No expensive fuel to worry about. No negative impact on the environment. Simply put, hydrogen fuel is cleaner and more readily available than typical gas-powered systems. Hydrogen lifts are already used in closed environments like warehouses, which is proof positive of their zero emission capability.

Plus, hydrogen fuel is more efficient than fossil fuels like gasoline. Up to 60% of the available energy in hydrogen fuels cells are utilized. Compared to the 20% rate of gasoline, and the efficiency ratings make hydrogen fuel cells a no-brainer.

Still not convinced hydrogen forklifts are the future of powered industrial truck operation? Consider this: hydrogen is the most readily available chemical structure on the planet. No other element is as abundant – or accessible – as hydrogen.

Hydrogen lifts do have a few drawbacks. Small traces of nitrogen dioxide emissions are possible, along with higher costs for transporting and storing, since hydrogen is flammable.

But add it all up, and it’s hard to ignore the immense benefits your forklift fleet will enjoy with hydrogen lifts. American employers are becoming more receptive to the idea of using hydrogen lifts, while foreign companies have already made hydrogen forklifts an integral element of their day-to-day operations.

Just some of the firms providing fuel cells for current and future hydrogen forklifts include:

Given the significant growth of hydrogen forklifts in the past decade or so, and the continued emphasis on zero emission workplaces, the future of hydrogen lift use is as promising as ever. With operational costs projected to drop in the coming years (as hydrogen fuel cell technology becomes more widely used), hydrogen lifts will be a preferred type of powered industrial truck for a multitude of applications.

Tom Wilkerson is the founder and CEO of CertifyMe.net, one of the leading online OSHA forklift training providers in the world. His extensive experience on both sides of the safety paradigm gives his training modules a distinct advantage over other online-based courses. CertifyMe.net offers a handful of forklift training courses for traditional warehouse lifts, rough terrain forklifts, pallet jacks, order pickers, and more. In just 5 easy steps, you can become OSHA certified. For more information about CertifyMe.net, please visit their website.

More of the Forklift Buzz! – A Round-up of Online News About the Introduction of Hydrogen Forklifts:

Amazing Success! Over 20,000 Hydrogen Forklifts Now in Daily Use!

New hydrogen-powered forklifts have been deployed at the Motomachi Plant

Japanese automaker Toyota has begun to ramp up its use of hydrogen fuel cells at its Motomachi Plant in the Aichi Prefecture. The company has deployed 20 new forklifts at the plant, each equipped with hydrogen fuel cells. Toyota has also built a new hydrogen station at the Motomachi Plant, which will provide the forklifts with the fuel they need to operate. The new forklifts will join two similar models that were first introduced to the facility in January of 2017.

Automaker is using fuel cells to accomplish its environmental goals

Toyota is working to accomplish the goals it has set for itself under its Environmental Challenge 2050. The company has been developing and implementing low-emissions technology that help it become more environmentally friendly. Hydrogen fuel has become a priority for the automaker, which is using fuel cell technology to power new vehicles. These energy systems are also being used to generate the electricity that the company’s facilities use. Notably, Toyota is leveraging the power of renewable energy in order to produce the hydrogen fuel it needs. via Toyota

The new hydrogen range are production tested units that fully complement the existing Hyster offering of units with capacities of 1-52 tonnes.

‘The new hydrogen powered forklift trucks are aimed particularly at companies seeking the ultimate combination of environmentally harmonious indoor and outdoor performance, without having to interrupt production cycles or have vehicles out of service for lengthy charging or battery changing.’

The Australian hydrogen sector celebrated an important milestone today with the launch of the first hydrogen fuel cell forklift in the country by HMA member Hyster-Yale. The introduction of this product takes us another step towards the proliferation of hydrogen fuel cell transport in Australia, and is already generating significant interest from some of Australia's biggest brands. via HydrogenMobilityAustralia

Fuel Cells to Succeed in China?

Management teams across the fuel cell industry are attempting to position their businesses to capitalize on several global trends. Listen to a conference call or investor presentation and you'll notice a handful of recurring themes.

Forklift operators are finding it easier to switch to hydrogen fuel cells, especially when they operate in the food handling industry, where diesel exhaust is forbidden. There's also a sweeping desire of transportation companies to at least experiment with fuel cell technology, which promises to make everything from personal transportation to heavy-duty trucking considerably cleaner. But there's one mega trend that companies are eager to exploit: fast-growing markets in China. via Fuel Cells in China?

Amazon plans to use fuel-cell forklifts

Amazon is entering the fuel-cell business to outmaneuver Walmart by building cheaper warehouses and it is fueling up on hydrogen. The online retailer agreed to buy $70 million of fuel-cell forklifts from manufacturer Plug Power this year (2018) and, if Amazon purchases another $600 million in goods and services, it has the right to acquire up to 23% of the fuel cell manufacturer.

The April 5 deal escalates Amazon’s efficiency arms race with Walmart, says GTM research. The two companies are battling it out with drones, algorithmic pricing, and free shipping. Now Amazon is taking the competition to the warehouse floor.

A peerless logistics operation is crucial as customers go online to do ever more of their retail shopping. Amazon’s bid on Plug Power appears to be a way to lower costs and speed up operations in warehouses where as much as 25% of the electricity bill can go to powering forklifts. Amazon plans to use fuel-cell forklifts at 11 of its fulfillment centers, and the deal suggests the companies will explore fuel-cell engine applications for its parcel trucks as well. via Amazon’sforklifts

Andy Marsh sees his future (2017) – and it's hydrogen forklifts.

His tiny company, Plug Power, makes hydrogen fuel cells, and for years he struggled to find customers. No longer. In April, Amazon.com agreed to try out the technology in forklift fleets at 10 of its warehouses.

And in July, Wal-Mart Stores matched Amazon's $600 million deal with a similar one, committing to double, to 58, the number of its warehouses that use forklifts running on Power Plug cells.via Amazon and Wal-Mart

During a media tour at the plant on Monday, Impala Platinum Chemical Engineer Fatema Haji told SAnews that plans are underway to have more fuel cell powered forklifts manufactured for both the local and international market. via SA forklifts

Hydrogen-fuelled cars back on the horizon as technology improves, costs drop

Hyundai now has a hydrogen-fuelled vehicle available in Canada, and Toyota wants to introduce theirs here too, while Canadian fuel cell developers that include Ballard Power Systems and Hydrogenics have been busy putting their product in everything from trains to buses and forklifts.

A fuel cell produces electricity through a chemical reaction, but without combustion. It converts hydrogen and oxygen into water, and in doing so, creates electricity.

“There has been a big change, particularly in the past year,” said Eric Denhoff, president of the Canadian Hydrogen and Fuel Cell Association. via Hydrogen costs drop 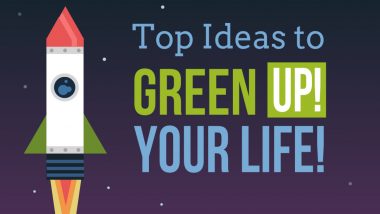 How to Green Up Your Lifestyle and Save Money 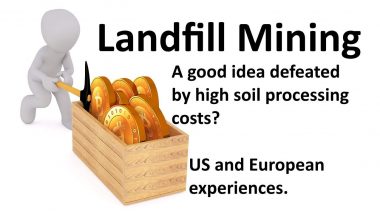