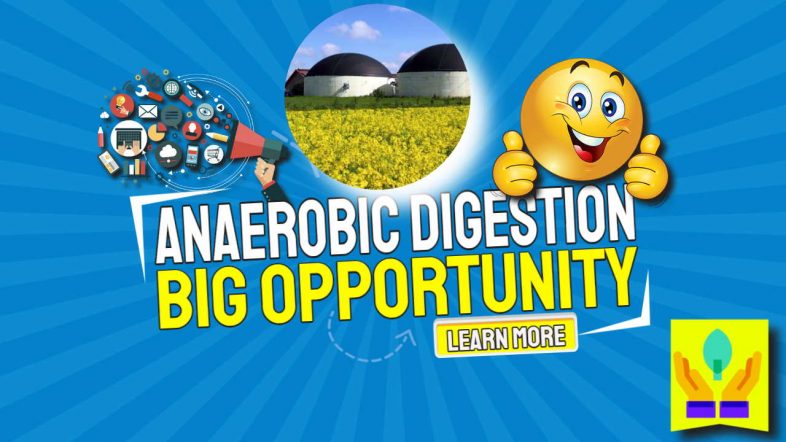 Anaerobic digestion is the “Big Opportunity” for Municipal Waste disposal and treatment to produce renewable energy. While wind and solar get the majority of the attention when it comes to renewable energy, there are other less well-known, largely unreported renewable energy options that can help the United States diversify its energy mix and make progress on meeting its Net Zero 2050 Carbon Emissions targets. One example is a waste-to-energy system.

The combustion of municipal solid waste (MSW), landfill gas-to-energy, and the digestion of farm waste or waste water are the most frequent waste-to-energy uses in the United States. Mixed organic waste anaerobic digestion (for example, food and yard waste) is an often ignored waste-to-energy resource (AD). We’ve used assumptions provided by a dry fermentation (that is, a digester that accepts higher-solids waste) technology provider for now because AD systems come in a range of shapes and sizes.

According to the US Environmental Protection Agency, 250 million tonnes of municipal solid trash (including organic and non-organic) were created in the United States in 2008. While 22 million tonnes of organic waste were diverted for composting, an estimated 43 million tonnes were directed to landfills. The total electric and thermal power associated with this organic waste is roughly 1 GWe and 1.4 GWth, respectively (assuming a combined heat and power application). The overall electric production is enough to power nearly a million homes. 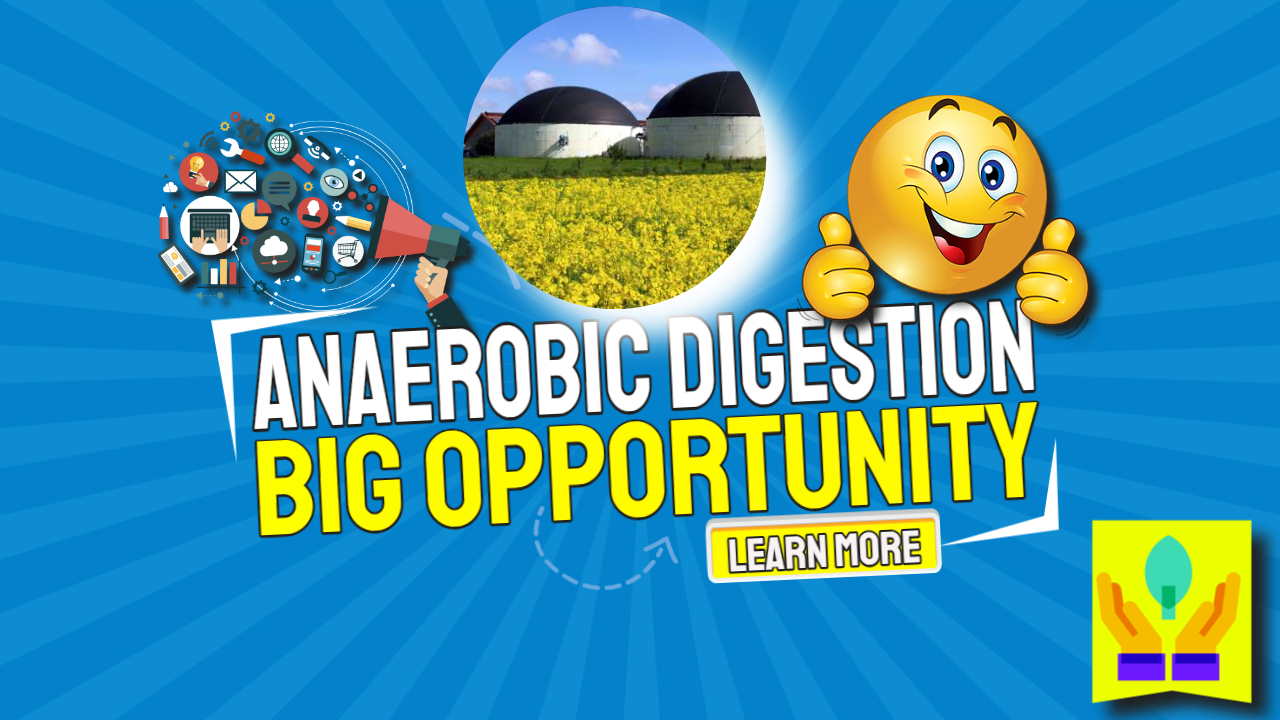 While composting may appear to be a direct rival to AD for organic waste, the two are mutually advantageous because the AD process’s residual digestate can be composted and sold. Composting facilities, like Cedar Grove Composting in Everett, Wash., are a top target for new AD projects. 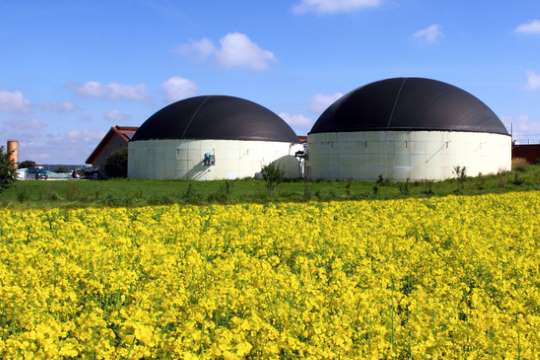 Viessmann (BIOFerm) and GICON Bioenergie GMBH in Germany, as well as Entec Biogas GMBH in Austria, have digester technology that can transform food waste, yard waste, and other organic material into energy. Anaerobic digestion was originally widely used in Europe in the 1930s and 1940s and has a track record of success because to good waste management and energy regulations. While the technology is fully commercial, it has only been used on farms and wastewater treatment plants in the United States. Because there is more area available for landfills in the United States, their municipal garbage disposal is less expensive than in densely populated Europe.

Take, for example, huge industrial or institutional establishments like a naval base or a university. The plant could look at converting waste to energy to substitute boiler fuel for steam generation or combined heat and power generation (CHP). The facility may save money on garbage disposal while also producing renewable energy on-site. CHP analysis finds a straightforward payback of 7 to 10 years, excluding incentives, which compares favorably to a waste combustion application, which has a payback of greater than 15 years, even under the highest energy price scenario, using the same analytical parameters.

In the United States, the lack of organic waste separation is the most significant logistical challenge for mixed organic waste AD projects. AD conversion, like composting, requires a specified organic waste composition and an adequate supply; otherwise, biogas output will be reduced, and the project will be unprofitable.

The majority of people in the United States continue to mix organic and non-organic waste in the same container. Many institutions and local governments in the United States, including the University of Wisconsin Oshkosh and the City of San Jose in California, have commissioned pilot studies or commercial programs for composting and/or AD that requires separation of organic waste from the ordinary waste stream.

Solids in higher concentrations Because organic waste digester technology and its application are new to the United States, new potential developers, policymakers, and project hosts must be educated in order for it to acquire greater acceptance and implementation. Permitting can be a stumbling block if a state has no past experience with this type of project, which is the situation in many.

In the United States, the successful adoption of AD has its own set of problems, but the outlook is favourable. Due to the expanding population, diminishing land availability for new landfills, a sustained interest in renewable energy, and the quest for optimal resource use, AD applications such as dry fermentation will likely see increased demand in the coming years.

In comparison to densely populated Europe, which focused on trash combustion and AD, the United States has relied on landfills for waste disposal due to its wider land availability and more dispersed population. Urban-based local authorities should consider the anaerobic digestion big opportunity, as an alternative to in-vessel composting for the recycling of municipal biodegradable food waste, according to researchers at WRAP.

“In-vessel composting is obviously very established in the UK but there are only a couple of AD plants in the UK taking biodegradable municipal waste.”

Anaerobic digestion plants, like this (see image) one run by Greenfinch Ltd in Shropshire, could be the future for municipal waste in the UK according to WRAP:

“There is a big opportunity for the UK to learn from Europe and optimise collection schemes and perhaps for urban authorities as AD solutions are something that could be used”,

she said about the anaerobic digestion big opportunity!.

Ms Hollingworth was discussing a report commissioned by WRAP and published this March, entitled “Dealing with food waste in the UK“.

The year-long study by Dominic Hogg of the consultancy Eunomia focused on the European picture for Anaerobic Digestion – a biological treatment conducted in the absence of air, which produces both a compost product and bio-gas that can generate renewable energy. The study discussed the 124 operational AD plants throughout Europe and the “clear benefits” of the technology.

Ms Hollingworth also said that in the UK many local authorities are:

“concerned about the robustness of AD” and consider it an “unproven technology”.

However, she went on to say:

“The European experience flies in the face of this. The anaerobic digestion big opportunity scenario exists. AD has a stronger, overall environmental performance”, than other technologies.

She added, that AD could be seen to be an appropriate technology for urban local authorities as households in urban areas tend to collect a lower proportion of green waste.

Costs WRAP’s research also compared the cost of technologies processing biodegradable municipal waste and although AD technology came out as the most expensive, at £45-55 per tonne, in comparison to in-vessel composting at £35-45 per tonne, Ms. Hollingworth said that the possibility of selling the energy extracted from the process had not been included in the predicted costs. More at LetsRecycle here…

The disposal of large amounts of food waste has caused significant environmental pollution and financial costs globally. Compared with traditional disposal methods (i.e., landfilling, incineration, and composting), anaerobic digestion (AD) is a promising technology for food waste management, but has not yet been fully applied due to a few technical and social challenges. …

It is envisaged that AD of food waste could be combined with an existing AD facility or be integrated with the production of value-added products to reduce costs and increase revenue. Further understanding of the fundamental biological and physicochemical processes in AD is required to improve the technology. via ADfood wasteChallenges

The exciting news in food waste recycling is a new Cold Anaerobic Digestion process that would improve energy efficiency and increase outputs.

The study (conduct by researchers from Concordia’s Department of Building, Civil and Environmental Engineering in collaboration with Bio-Terre Systems Inc.) cited negligible tradeoffs for using the cooler digestive process. Also, while certain traditional anaerobic methods only allow food waste to make up a percentage of the waste stream being processed, the new research showed favorable results even when materials were 100% food waste.

Here are some of the additional benefits offered by both the new and traditional anaerobic digestion big opportunity processes:

Anaerobic Digestion as a method for dealing with food waste has rocketed in certain countries, such as Germany, and this trend is set to continue as the rest of Europe works towards the legislation that brings it to the forefront of creative solutions.

There are however other challenges, not least the fact that a considerable amount of the food wasted is actually still in its packaging. Again EU legislation comes into play as it demands specific sell-by dates on food which forces food retailers to dump vast quantities of it on a daily basis. The challenge to the AD sector is in how to effectively depackage food waste. A priority for the process is to have a homogenous, accessible substrate entering the digesters. This allows effective breakdown and gas production.

There is also the issue that the digestate needs to be spread on land after the methane gas is extracted, and clearly, it would be unacceptable to have plastic wrapping blowing around the countryside. The anaerobic digestion big opportunity could fail without an answer to this.

BioSep, is a company mainly focused on the front-end treatment of food waste and preparing it for AD. Depackaging has been the Achilles heel to the industry, and BioSep aims to match its front end technology – which effectively separates and washes the plastic packaging component as well as removing tins, glass, and other non-organic foreign material – with any biogas technology that caters for the back end conversion into energy. via OpportunitiesAD

What Next for The MSW and Food Waste AD Opportunity?

AD remains technically attractive for its ability to process a wide variety of biogenic materials. Billions of tons of readily available feedstock are potentially suitable.

Before getting too excited about what we see as the anaerobic digestion big opportunity. We should recognise that we are not very sophisticated in exploiting AD, as follows:

Resolve the worst of these problems and the anaerobic digestion big opportunity, might just-about come-about! 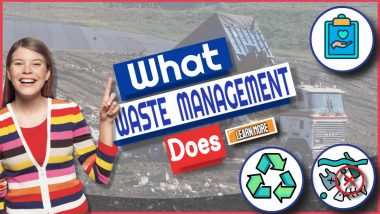 What Waste Management Does – Definition Purpose and Types 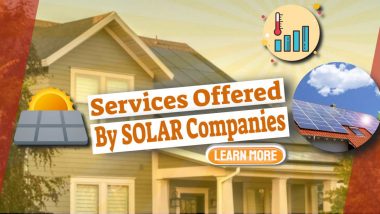