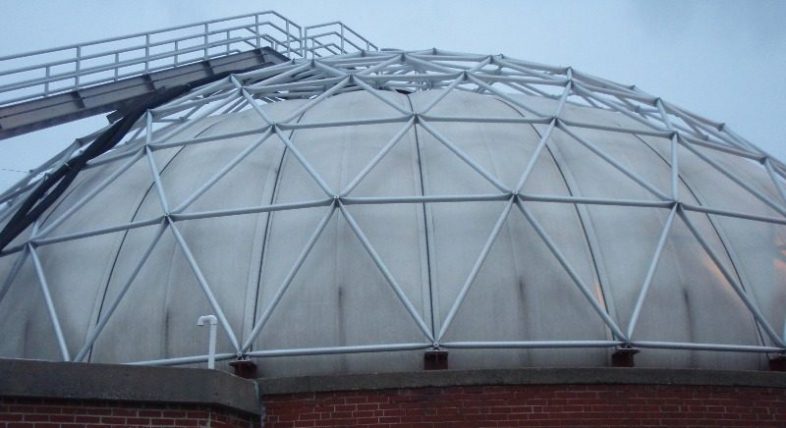 The greenhouse gases effect can readily be reduced, amounting to a 5% reduction of UK GHG emissions and similar reductions achieved in many other nations by continuing to implement already agreed, EU Circular Economy Measures. That's what the Press Release below (by UK AD trade association ADBA) says. This is achievable within the Anaerobic Digestion (AD) Sector alone, but cannot be done without strong support form the UK government.

For all those that at reeling from the many news stories of climatic extremes this summer this should go some way to alleviating what many news media are describing as climate change fear.

It's understandable that those people affected by higher than ever temperatures, stronger hurricanes than ever recorded, sea level rises and increasingly erratic rainfall will now be fearful. But, it should also be re-assuring that at least one industry has one answer.

This is not new technology either. It's proven and available right now. It's a part of the momentum on building a sustainable, circular economy.

In our opinion with only a meagre 2% of organic waste currently being recycled in this way, organic waste could easily become a much larger reducer of the greenhouse gases effect, if more of this waste was used. The ADBA Press Release follows.

But, it must be “done right”. Food production must be prioritised above fuel. And, that is the subject of the second half of this article (visible below our video).

The UK Anaerobic Digestion and Bioresources Association (ADBA) congratulates the new members of the UK Government on their appointments.

However, only a brief reference was made in the new Prime Minister’s speech to the environment. Similarly, not much was said on the climate crisis that we face. Nor was there any mention of the urgency of taking action to meet the UK’s Paris Agreement commitments and achieve net-zero emissions targets by 2050.

We firmly believe that the UK will NOT meet its Net Zero obligations without strong support for our sector (it can reduce emissions in the UK by 5%), which, in addition to addressing climate change, also offers great opportunities to boost the UK economy, from exports to farming resilience post-Brexit and green jobs, and to deliver on the Clean Growth and Resource and Waste Strategies.

The World Biogas Association, of which ADBA is a founder member, has just published its Global Potential of Biogas report, highlighting the role that anaerobic digestion (AD) and biogas can play in decarbonising multiple sectors (energy, agriculture, transport, urban living, water) and developing a sustainable circular economy worldwide.  The AD technology, which treats organic wastes from various sources to produce biogas for electricity, heat, fuel for transport, as well as carbon-free digestate to fertilise the land, is mature and able to treat most biodegradable materials.

Developed to its full potential, the biogas industry could reduce global GHG emissions by 10-13%, and in hard to reach sectors such as agriculture, heat and transport. However, it only currently treats 2% of the organic wastes available around the world to generate green gas, power, transport fuel and bio-fertilisers.  There are therefore 98% of biodegradable materials available globally (food waste, waste from farming and from sewage systems) that remain untapped.  The potential for the sector to grow as an instrument not only for climate change mitigation, but also to develop a sustainable circular economy that creates many green jobs, secures energy and agricultural security and boosts export opportunities, is therefore enormous.

ADBA has been working with the UK Government for many years advising on the policies needed to support the deployment of AD and biogas in the UK and we have been encouraged by the progress made.  However, we must not lose the momentum at such a critical time for the environment and the economy.  Building on current achievements and policy priorities, we are therefore calling for the UK Government to ensure that:

“In a keynote speech prior to the launch of the WBA report, Niclas Svenningsen, of the UNFCCC Secretariat (UN Climate Change) highlighted the multiple wins that the AD and biogas industry offers to society, and  called for biogas to be at the table when the future policies of governments are designed.

The UK AD industry has grown by more than 350% over the last ten years and the UK has established itself as a world leader in biogas, with UK companies already exporting biogas-related expertise and equipment.

Given its world leading expertise, the UK AD industry has a real opportunity to be at the heart of the growing global biogas industry, support the drive to address climate change and create a sustainable circular economy for now and generations to come.  We mustn’t miss this opportunity.”

But, Using Biogas to Reduce the Greenhouse Gases Effect (GHGs) Must be Done Right!

This opportunity is far too important to be misunderstood. Anaerobic digestion and biogas technology, like just about any other human endeavour the technology could easily be miss-applied. If not “Done Right”, it would fall into ill-favour. Given the pressing need for reducing greenhouse gases effect that must not be allowed to happen.

The video below, published by our sister AD website, should explain what we mean by this:

Biogas is just one of the renewable energy sources known as biofuels. The fact is that when first receiving government assistance, (particularly in Germany the US, and South America), 20 or more years ago, biofuels subsidies were issued, without much thought to the use of the edible portion of food crops. Nobody appears to have thought that biodiesel might become so popular that it might reduce food output. 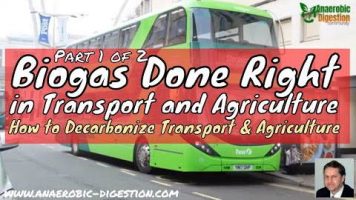 Maize being a highly productive plant became the most popular biofuel crop, and it was mostly used to make bio-diesel. That was until the poor in those nations began to point out that maize prices were rising in countries producing this biofuel.

This understandably lead to public pressure to reduce or cease government assistance on the basis that it was simply wrong to leave people hungry while the affluent drove their cars as normal.

In recent years most, if not all, nations have changed the basis of biofuel subsidies. The changes have been done explicitly to avoid conflict between the availability of food, and biofuel energy. They have reduced, capped, and even phased-out biofuel production subsidies and nowadays rises in the price of maize are unlikely to be caused by biofuel production.

When biogas is done right, only a tiny proportion is made using the food crop. Instead, waste organic materials (organic meaning things that grow) are almost 100% used. For example, when “done right” maize is grown, the corn-on-the-cob food portion is harvested and sold as food, and the rest of the maize plant waste is used to feed the biogas digester.

This is a large part of what the EU biogas industry led, Biogas Done Right in Transport and Agriculture movement is all about. Do watch our video above  on “How to Decarbonize Transport & Agriculture”. When you have, we think you'll agree that much as the world must reduce the greenhouse gases effect it has to be “Done Right”!

Why You Should Recycle Metals and What Metals Can be Recycled 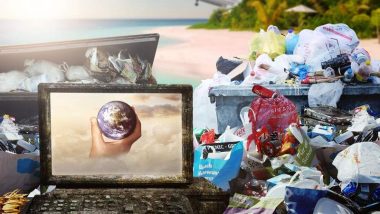