It should not be surprise that special non road mobile machinery emissions (NRMM) requirements for construction in the centre of London have been introduced. Air pollution is the top environmental risk to human health in the UK. It contributes to early deaths, aggravates lung and heart conditions and even affects mental health and cognitive performance. Of all UK cities central London has the biggest air-pollution problem and the Mayor has taken action.

The Greater London Authority (GLA) Standard (2015) caps emissions for both nitrogen oxide and particulate matter and applies to all NRMM with a power rating between 37KW and 560KW.

Non-road diesel engines (machinery) in construction and agricultural equipment such as backhoes and tractors have not until recently been tested in any standard manner for emissions output. However, this equipment is often used in cities. In most of these it is used most in central districts which exceed safe particulate air pollution standards. Such machinery has been a contributory factor.

In order to combat the increasing problems from vehicle emissions in the UK, a number of cities have introduced Low Emission Zones (LEZ) for buses.

At the time of writing, only one in the UK, (London) has chosen to implement EU regulations to limit these emissions. This initially comprised an LEZ for both buses and all commercial vehicles entering its area.

Unsurprisingly, it was London which also went further in September 2015, with the introduction of controls on the use of non-road mobile machinery on construction projects.

The obvious types of equipment which are common on building sites, are included in the NRMM regulations, such as bulldozers, excavators and dump trucks. Other equipment, is also included such as ground support equipment, and heavy forklifts, generators and pumps that use diesel engines.

Regarding rail transport, emission standards and diesel particle filters are part of the requirements for public bidding.

These 2014 regs, are EU regulations rather than a directive to allow for a more consistent, streamlined and harmonised adaptation route into national law. The 2014 Regulations made significant amendments to the types of machinery regulated, the forms of regulations, penalties and the emissions targets for NRMM. Thy simplified the previous legislation.

The regulation describes the infringements that are subject to penalties, including the use of defeat strategies, falsification of test results and non-compliance with limits. Member States are given the powers to require a repair or recall of engines in cases of non-compliance.

Under the new measures, equipment over 10 years old must be replaced or retrofitted on all developments in central London and major developments in outer London (10 homes or more or 1,000 sq foot in other developments). However, there are exemptions for specialist construction machinery where pieces of equipment are not available at the required emission standard or in the volumes required.  via Wiki/LowEmissionZone

The Future Development of Commitment to NRMM Regulations

By the end of 2020-An assessment of further pollutant emission reduction potential, this is to identify potentially relevant pollutant types that do not fall within the scope of the Stage V regulation. We must assume that further regulation may then be advised.

Applying this regulation is a part of the overall UK government “strategy for the reduction of urban air-pollution (2019)”.

The UK government organisation Defra’s new Clean Air Strategy for the UK, was published in January 2019.

It reiterates the need to reduce air emissions, particularly those associated with transport and industry.

The strategy sets out the aim to reduce particulate matter emissions by 30% by 2020, and by 46% by 2030. It includes nitrogen dioxide reduction. Road transport is the largest contributor to nitrogen dioxide pollution.

To achieve this target, the government also aims to phase out the sale of conventional petrol and diesel engines by 2040.

How Do the NRMM Regulations Compare with the US, Japan Etc?

The limitations on gaseous and particulate emission are also, up to a point, aligned with the U.S. However, the European regulation separates itself from the American counterpart with setting emission limits of smaller particulates. via Cummins.com/news

It is worth noting here that all global efforts to reduce air-pollution through NRMM regulation have so far been to address the emissions from the use of diesel engines. All the evidence has shown from existing gas reciprocating engines monitoring that by moving over to using a clean fuel such as renewable natural gas (RNG) the industry would be able to comply with NRMM emissions regulations with little or no emissions clean up technology, due to the inherently clean nature of that fuel.

What the Tests Comprise?

Compared to previous standards, the non-road transient cycle (NRTC) will be required to test non-constant speed diesel engines with power below 560 kW

An engine dynamometer with adequate characteristics to perform the test cycle described in Annex III, section 3.6.1 shall be used. The instrumentation for torque and speed measurement shall allow the measurement of the shaft power within the given limits. Additional calculations may be necessary.

To cool and condense water from exhaust sample. The bath shall be maintained at a temperature of 273 to 277 K (0 to 4 degrees C) by ice or refrigeration. It is optional if the analyser is free from water vapour interference.

If after tests are successful the engine meets the relevant requirements, the UK the Vehicle Certification Agency (VCA) will issue a type approval certificate for all engines in the same series – i.e. those that conform to the data in the technical file. Any subsequent amendments or alterations to the engine must be approved by the VCA. This might involve further tests. Vehicle-certification-agency.gov.uk/

What Plant Do the Current Tests Cover?

For example, the current EU regulations are limited to compression ignition (CI) engines with power between 19kW and 560kW.

In some cases, such as for snowmobile engines and constant speed engines below 19kW or above 560kW, the Commission also deems it appropriate to align the EU emissions limits with the stricter standards of the US9. via inhouselawyer.co.uk

One such excavator is available now. Known as the EX2, the excavator is powered by two lithium ion batteries totaling 38KWh, which allows the machine to operate for eight hours at a time. Volvo claims the machine produces 10 times the efficiency and 10 times lower noise levels than conventional internal combustion engine models, as well as reduced ownership costs in comparison to traditional diesel-powered equivalents.

City Programs for Limiting Emissions Under the NRMM Regulations

There are a few programmes on non-road emission sources. Madrid created information measures like information brochures that inform about air quality issues in construction, maintenance and demolition of buildings. Furthermore a best-practice guide for construction has been created. With these publications the city aims at creating awareness of the problem and promoting measures.

What Will be the effect of Brexit on Continued UK Compliance?

With regard to emissions standards, the Government remain committed to future compliance with international and national environmental obligations. When the UK leaves the EU, the UK will maintain them.

If there is no deal, the position held by government at the time of writing is that the UK will still comply. via https://www.theyworkforyou.com/lords/?id=2019-02-20c.2305.0

What Penalties Apply for Non Compliance with the NRMM

The maximum penalty for supplying NRMM with an engine that has not been approved is a fine not exceeding the statutory maximum, which in England, Wales, and Northern Ireland is ?5,000 and in Scotland is ?10,000. The maximum penalty throughout the UK for the other offences under the Regulations is ?5,000. http://www.inhouselawyer.co.uk/legal-briefing/engine-emissions-from-non-road-mobile-machinery-changes-to-regulatory-regime-on-the-horizon/

Air quality has been a problem for UK urban spaces for a long time, but until recently it did not register a great deal in the public consciousness. That has changed in the past few years, with significant media coverage of both the UK’s failures to meet EU air quality standards and some alarming figures on the number of premature deaths a year due to poor air quality: estimates suggest somewhere between 29,000 and 40,000.

Given the scale of this problem we can expect the NRMM Regulations to be applied in many more central city locations. Plant hirers and specifiers recognise the need to move NRMM between construction sites. This means that where even only one city in a nation implements NRMM regulations, the NRMM regs. are likely to drive up the emissions performance of construction nationwide. 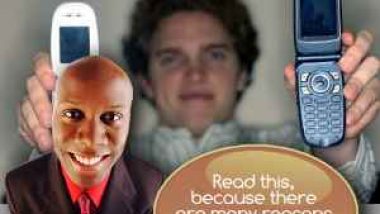 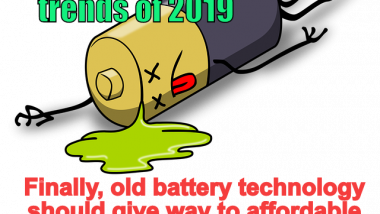