Here is a back to basics posting for landfill operators:

Reported problems with early compactors were a tendency for the wheels to pick up refuse, particularly in wet weather, and instability due to a high centre of gravity.

The steel wheels are fitted with spikes, lugs or bars for compression and traction purposes and the configuration of the track and wheel spikes is very important. The reported fault depends to some extent on these features but it has been found that tipping in more shallow layers often overcomes this difficulty.

Modern landfill compactors would be expected to have a life expectancy and maintenance profile not far removed from other landfill plant, just donâ€™t expect performance equivalent to civil engineering earthworks uses.

Scrapers, both towed and independently powered, are seldom seen on landfills after initial development of the bases of landfills. They are used to strip, store and replace top and subsoil, and various forms of civil engineering earthworks equipment will clearly be used for such work including mechanical diggers and trenching equipment are used on site works.

Certain features are essential when buying either vehicle;

(i) they should have cabs with roll-bars for the protection and comfort of the operator;

(ii) if a bulldozer is purchased, the blade should be designed for handling refuse â€” it should be higher and wider, and should stand off from the vehicle further than is normal;

(iii) a wheeled vehicle should be equipped with four-wheeled drive;

(iv) the fan should blow out from the engine instead of drawing air in, in order to reduce the risk of choking the radiator with refuse;

(v) the wheels or drums of a compactor should be self cleaning and suitable to deal with the material being imported.

The choice of landfill mobile plant depends on a number of factors; quantities and types of wastes; the activities required of the machinery; whether the material delivered to the site has been previously treated; location and nature of any materials on site which might be used for side or top cover. However, wheeled vehicles will always be popular.

When purchasing a vehicle for controlled tip work, running costs must inevitably be considered along with the standard of work which the vehicle is capable of achieving. In the case of a tracked vehicle, track maintenance costs can be high as there is a great deal of wear due to the abrasive nature of the material in which the tracks are running, but costs can be reduced by changing the vehicle before major repairs are necessary and when the exchange value is favourable.

The disadvantage of punctures has to some extent been overcome as far as wheeled vehicles are concerned, and is completely eradicated for steel-cutting wheel equipped compactors, but taking into consideration their quality of work, whilst they may be faster they are not capable of the high standards of levelling of the tracked vehicle. 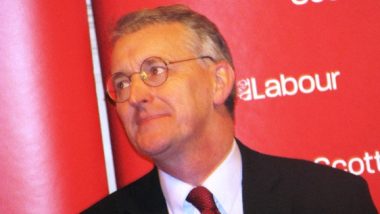