Recycling Problems – Is Recycling A Waste Of Time, Money And Energy?

I am going to be very politically incorrect and discuss the recycling problems, and whether recycling might actually be a waste of time, money and energy.

There are many problems with recycling. Why is nobody talking about them?

Most of us feel guilty if we do not take the trouble to wash and sort all those reusable plastics, papers and tins, but should we?

We do this to avoid throwing these items into the residual (what is left over – black sack) bin, which then ends up in the landfill sites around the country. But how useful is recycling and can it really solve the “waste crisis”?

UK households generate a staggering thirty million tonnes of rubbish a year. (All statistics given were correct as on the date of original publication May 2007). Of this, sixty per cent comes from packaging. There has been a lot of publicity recently about waste that has been put out for recycling ending up in landfill sites. It is also clear that an increasing amount is being shipped to other countries to dispose of. It can be cheaper to transport it to other countries than to recycle it or fill up the landfill sites in the UK, but this just creates recycling problems for the future.

The European Union (EU) has recently ordered the citizens of the United Kingdom to roughly double their recycling rates by 2008. Governments across the European Union and America have announced plans to require more recycling. Unless the UK hits these targets, local council tax bills across the UK will soar unless local authorities hit their recycling targets to enable the UK to hit their targets set by the EU.

The UK government already charges Landfill Tax for dumping waste in landfill sites to encourage us to recycle more and this tax is due to increase.

The recycling problems here arise because this will punish local councils which continue to use landfills and council tax payers will pay the price for poor performance by not recycling themselves or by not having the facilities to do this. It's therefore cheaper to recycle then to dump in the landfill sites. The UK currently recycles 22 per cent of its household waste while some other EU countries recycle more than half. The UK proposes cutting the amount of waste put into landfill sites from 72 per cent today to 25 per cent by 2020.

Why Bother to Recycle with these Recycling Problems?

1. Hasn't Anyone Heard of Sustainable Forestry?

Why do we use all that energy recycling paper to save the trees? When you look at most newspapers you will find that they tell us that they are buying their paper from sustainable sources, and their tress will re-grow and provide more paper forever. The keen recycler will argue that paper should be recycled so that we save trees and forests.

But, this is all wrong. Paper is not a problem. Why recycle it?

They now grow trees for us in the US, just to produce newsprint and other items. Doesn't that mean that paper is a sustainable resource already? Paper that is sustainably produced, can't be a recycling problem to start with. I really don't understand why we are expected to recycle it?

Why not just burn the paper and make electricity and heat.

New landfills are being constructed all the time in the USA. This should happen in the UK on a large scale. By doing this in the UK, we would be able to UK to pipe the methane gas that the landfills produce to local power plants supplying homes with electricity 24/7 in a green and ecological way. That's not hard? So what is the point of recycling?

3. Where is the Common Sense in So Much Recycling?

In other walks of life decisions are made on economics, after studying the full facts. This seem a completely unknown concept to the government and the EU. They should be looking at each type of waste in turn and base their decision on proper studies which include the WHOLE cost of recycling versus landfilling not only economic but also:

If a study in undertaken and it concludes that it costs more to recycle in any of these ways, society should not be recycling.

Why not bury the used, and manufacture fresh new products from scratch, if a proper study shows it isn't worth the effort?

If scientists think some materials may run-out, we could create landfills just for those materials. One for plastic, one for glass etc. If in the future, we do run out of them our children can dig them all up in one go and only do the recycling, when it makes sense to do it!

For example, if the throwing away of plastic continues and continuing oil shortages mean that it is more cost effective, we can recycle them all at once by mining the landfills. It would be cheaper and easier then continuous recycling.

4. Lack Of Recycling Collections and Other Problems with Recycling

There are many more recycling problems. The following are just a few:

At present (2007), only an estimated fifteen per cent of UK households have access to kerbside collections, if these collections do not cover glass, paper, plastic etc. then how far are you expected to drive to get to the nearest recycling centre?

How much do you have to collect at home to ensure that you are not doing more damage to the environment by driving, then the amount of energy you are saving by recycling? A lot of people must be increasing environmental damage by recycling. That's a big problem with recycling!

What about the energy taken to recycle it? Is oil really running out? How much landfill is available?

About the Author: David Oglaza is the founder of the Green and Ethical business GuideMeGreen. [Link removed April 2018- website no longer available.]

A Waster's Guest Article: (We thought that we would bring in a guest article with an opinion to air. Let us know what you think… ) 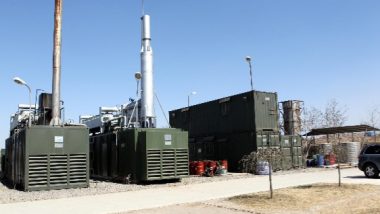