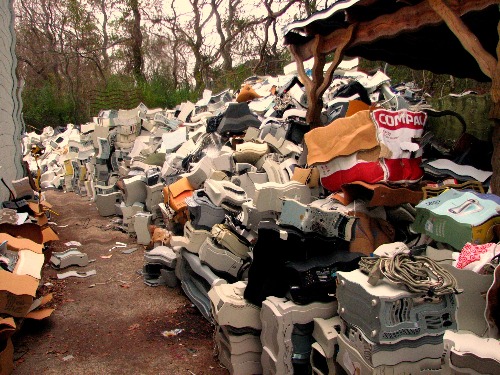 Why You Should Not Send WEEE Waste (Electrical Goods) To Landfill

September 2012: Many people choose to throw away their electrical goods (WEEE waste/ e-waste), whether in the bin or as materials to be sent to a landfills around the country.

However, doing so contributes to a growing environmental problem that, if not dealt with, will lead to serious damage to the atmosphere. European Waste Electrical and Electronic Equipment (WEEE) regulations were imposed several years ago to try to stop e-waste from appearing in landfills, while other schemes have worked to find better recycling options for goods.

E waste can be understood as being old televisions, radios, stereo equipment, computers, mobile phones, tablets, and batteries. These items contain potentially toxic materials like gold and cadmium, as well as non-degradable plastics. Around 5 to 10 per cent of worldwide waste (and rapidly rising) is now e-waste, and with more people buying or replacing phones and electrical components, the cost of throwing these items away is increasing by the year.

Most e-waste goes to landfill sites, and represented about 4.6 million tonnes a year in the US about ten years ago, with figures expected to be about twice that much now. In Hong Kong, 10 to 20 per cent of waste is e-waste. Some items are incinerated, releasing poisonous fumes into the atmosphere, while others are left to decay in the earth, with metals leaking into soil. In this way, while 2 per cent of American landfills contain e waste, these goods account for about 70 per cent of their toxicity levels.

Most e-waste (WEEE waste) goods will include harmful materials like lead and mercury, which can pass into the soil and then groundwater, leading to animal deaths an the gradual poisoning of the atmosphere. Bromides released when goods are incinerated can also lead to lung problems for workers, while old cathode tubes from televisions can release poisonous gases into the atmosphere. Some electrical goods also contain radiation traces, which is a particular problem for smoke alarms. Others release CO2 into the atmosphere, while persistent waste disposal means that more money is being spent on mining natural resources to extract further rare metals, upsetting delicate ecosystems.

What, then, are the alternatives? The most obvious is to recycle more, with the WEEE Waste Directives emphasising the importance of schemes to tackle waste. Most phones and tablets can be exchanged for cash, with the re-seller choosing to either strip phones for parts, or sell them secondhand to new buyers. Donations of working electrical goods to developing countries can also help to prevent environmental damage.

There are a number of programs in place that aim to encourage the recycling or redistribution of old electrical equipment, from GreenerGadgets to Take Back My TV. Phone and tablet manufacturers are similarly willing to exchange old products or new, and are increasingly being pushed to make this standard as part of WEEE waste and other regulations. Community led, take back schemes also encourage people to donate their old electrical goods to local schools and community centres, rather than simply throwing them away.

Guest Poster: Rob James is a technophile working in conjunction with www.rpcrecycle.com. RPC recycle mobile phones in the UK. Rob can be found blogging about the latest in mobiles, tablets, PC's, and app's. 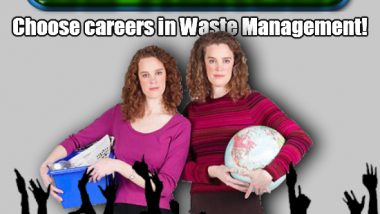 Are You Ready To Convert To Renewable Energy? Check Out These Tips!