Our politicians have committed England and Wales to a target of zero waste in the future. Similar intentions have been in place in Scotland for somewhat longer. The next step will be additional regulations to limit the use of landfill, because the intent is to do much better than current EU wide legislation and targets […]

Waste Matchers launch SMILE. Waste Matchers – the re-use project – has announced a new service called the SMILE Network. The SMILE Network encourages collaboration between businesses through networking events in order to save costs and help the environment. At these events, businesses can offer items such as surplus products, byproducts, reusable items, office/warehouse space […] 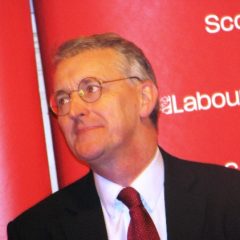 We must now work in partnership to build a zero waste nation – where we scale back the resources we use, reuse and recycle all that we can and only send to the rubbish heap the things that have no other use for. “To do this every one of us – state, local authorities, firms and patrons – must do our bit. And we must make this moment the turning point on our journey to eliminate wasteful waste.”

Coca-Cola’s Scottish factory announced plans to completely stop sending waste to landfill by the end of 2011 – another significant step towards making Scotland a zero waste society. The plant in East Kilbride, whose products include Coca-Cola, Fanta, Dr Pepper and Sprite, will improve its recycling facilities and work with an external waste contractor to reach the target. The announcement comes as new SEPA figures reveal that Scotland has exceeded its European landfill target 18 months early, with 1.29 million tonnes of waste being sent to landfill; the end of 2010 target of 1.32 million tonnes has already been met..

The Welsh Assembly Government has announced a Â£800,000 package to help reduce the amount of waste being sent to landfills in Wales of which Â£100,000 to help Merthyr Tydfil County Borough Council. In Merthyr Tydfil, the funding will be used for a door-knocking campaign to encourage more households to recycle.
The remainder of the Â£800,000 is expected to be used to support plastics recycling in Wales and develop “Zero waste places”.

In the UK we throw away our cheap clothing so quickly that it is a major burden on the landfill industry. Much of this material can be resold and re-used. The UK Government is seeking to encourage this with better awareness of clothing recycling among the public, but will it be enough to meet EU requirements?

Advantages of BSI PAS 108 Tyre Bales: A New Sustainable Use for a Problem Waste A simple act by WRAP should revolutionise the use of tyre bales in civil engineering and landscape applications, sustainably using this material where otherwise resources would be wasted in their disposal. It will be obvious to our Wastersblog waste management […]

EU Confirms Landfill is the Last Place You Should Put Waste 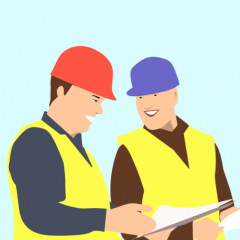 Here is our list of List of Top Waste Contractors UK operating in the United Kingdom. The New Civil engineer Magazine, which is the weekly news magazine of the Chartered Institution of Civil Engineers, provides through eMapInform an annual contractor listing and ranking report across all civil engineering construction disciplines. This years edition provides the […]