At Last Recycling in the UK Truly Makes Sense at the Bywaters Recycling and Recovery Facility, Bow, London

Ever since the Waste Strategy Unit’s final report, “Waste not, want not” was published on 27 November 2002, the UK has been increasing recycling rates. The industry has been working towards truly significant targets. Targets which will substantially reduce the tonnages of waste to landfill.

Landfills which were filling at an ever increasing rate were threatening to cover the land and rise above it! Not any longer! We’ve stopped filling every quarry and patch of waste land in our urban areas! If we had continued landfilling at that speed, we’d have eaten up huge-tracts of essential food producing farmland as well!

It was during 2002, that the long-standing theoretical acceptance, that continuing dependence on landfill for more than 80% of all our wastes was unsustainable, changed.

The wish for change at last began to be incorporated into a coherent strategy. Alongside the good words “fiscal incentives”, and “penalties” were brought in.

These began, in time, to take effect. There was “carrot and stick”.

Not much “carrot” as encouragement, but plenty of stick in the form of the UK Landfill Tax Escalator (now England and Wales post devolution). The Landfill Tax rise starting point was in 2007.

The “stick” has been the annually increasing landfill tax (April 2018 – active waste is taxed at – £88.95 tonne). And, another driver for recycling was the requirement that all waste be pre-treated in some way, before it could be accepted at any landfill.

Watch the Official Bywaters Recycling Video about this plant:

In the background, the Environment Agency has also been tightening the environmental protection standards required the landfill operators. That has simultaneously increased their costs – costs which have been passed on to landfill users.

This meant that the landfills now accepting the pre-treated residual wastes after recycling, while still far from perfect, are much better. Better able to contain their waste burden. And, contain it, without producing the environmental emissions and bad-neighbour nuisances of the past.

Over the same period public willingness to recycle in their homes has also risen. It has been encouraged by separate waste collections which have progressively been introduced by local authorities.

Not only that, those local authorities have also extended the quantity and range of source separated and comingled Municipal Solid Waste they accept for recycling. That has also raised the proportion diverted away from landfill, and grown the business for Bywaters Recycling.

Throughout that period there have been many doubters and those running good businesses in the recycling industry continued to battle against a background of volatile and uncertain recyclate materials markets.

To win disposal contracts and remain commercially viable has no doubt been hard for Bywaters Recycling. Many recycling companies have simply gone bust!

Many survivors including Bywaters Recycling, must have often wondered why they were doing it!

Nevertheless, the best of these businesses have somehow survived.

Not only that, they have been winning recycling contracts commercially, while still at risk, from highly volatile recycled material prices.

But, thankfully, landfill tax makes landfill so expensive now. They are no longer competing against a lower cost option – that of disposal to landfill.

At some point it was all going to make both environmental AND commercial sense to recycle. But, many worried whether the industry would ever quite get there, before the political will to do so was lost!

For a long while the industry pundits talked of the need to reach a theoretical “tipping point” at which as the landfill tax elevator rose to make recycling a cheaper option.

In the end it happened, and the combination of many other smaller regulatory effects also came together.

Now, the reduced annual “inflation based” Landfill Tax rises will simply push the cost of landfilling further above the cost of recycling.

The rate of landfill tax for landfill disposal active waste was increased by £8/tonne per annum, from 1st April 2008 until 2015, and will continue to increase by “inflation” from now on.

The UK government funded WRAP organisation which researches and promotes recycling waste diversion has published rates for current waste treatment technologies showing a substantial cost penalty for landfilling, so it would appear that UK landfill charges are now just well beyond the tipping point for recycling.

That all this was finally adding up to profitable cost competitive recycling was being confirmed by the leading waste recycling companies (like Bywaters Recycling), in the commercial and industrial waste sector. This occurred in the author’s opinion, until about 2010 when recyclate markets, already badly hit by the recession post 2007, fell further.

Until 2015, recycling rates continued to rise. Recycling percentages rose into the mid forties, but there they have stuck (2018).

All this adds up to a roller-coaster ride for a family run business like Bywaters recycling business, just to survive is a miracle.

But, its friendly and enthusiastic staff at plants like the Bywaters Recycling and Recovery Facility at Bow, remain dedicated to sustainable business.

It must now be harder than ever, at the start of 2018, with further downward recyclate rate pressures now from the Chinese recyclable materials import ban.

Harder again. to reap the economic benefits of recycling, that they deserve for themselves and their clients.

As I found during my visit to the Bywaters Bow Recycling Plant, staff work very closely with the waste producing companies from which they accept their waste.

Quite soon after even the least “environmentally aware” organisations have come aboard, they are able to up-the-recycling-game of the newcomers, and massively improve the purity of their client’s source segregation systems, within just a few short months

To keep recyclates clean and as “single material” as possible is a win-win situation. That’s because not only is the residual waste quantity reduced for the client.

Additionally, the value of the purer recycled (source segregated) material much better offsets the processing cost at the Bywaters’ recycling facility.

This enables real cost benefits to all parties, not least to the buyer of the much cleaner recyclate products produced, who in turn will happily pay substantially more for the higher quality recyclate material.

All recycling companies like Bywaters Recycling, will now well be facing the challenge of continuing to raise recycling rates as a percentage of total waste produced.

This is going to be essential to keep the public enthusiastic about segregating their waste. Satisfying public demand, for “zero waste”.

I am convinced that the very existence of high-purity recyclate products will continue to raise the game in recycling. This should help take the waste management industry to a new level within the so-called “circular economy”. Getting to a point where quality recyclate products simply become the mainstream “raw” materials of choice, replacing newly mined/ virgin materials.

The positive feedback which will result, political, environmental, and financial, should further stabilise and raise the markets in recycled commodities. The vision would then be one of moderating volatility in recyclate markets.

So, for any companies that are not recycling their waste, the message is that there can be absolutely no reason now for not getting involved in recycling to the fullest. Being “green” in industrial and commercial waste management, working with companies like Bywaters Recycling, just makes sense like never before. 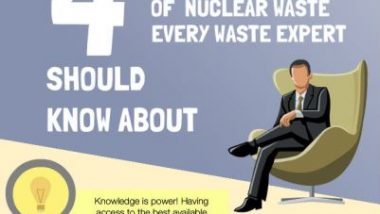