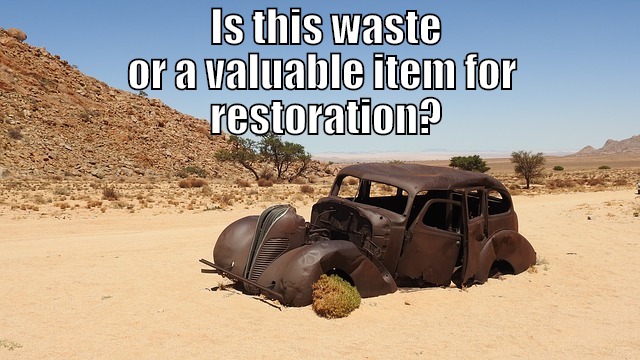 The Legal Definition of “Waste” and the Quest for Clarity

The legal definition of “waste” has always been a bit of a nightmare for those in the waste management industry. Seeking inventively to do intelligent things with waste and other “residues” can seem an impossible task at times, due to the struggle to make a case for “product” status.  Commercially useful residues are often by definition deemed to be “waste”, meaning that they are a regulatory burden and of reduced commercial value. When that happens it may not be possible to prove their commercial value. Sustainable recycling can be made impossible as a result. 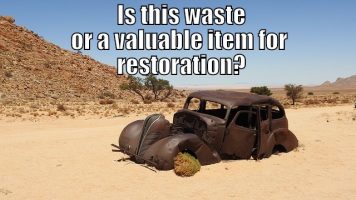 The purpose of this article is to reduce the complexities of the legal definition of waste to their essential legal framework, and thereby (hopefully) encourage operators to be more ambitious about developing their processes and products, and thus engaging with and overcoming the continuing complexities of the law.

This is easy to say, harder to do.  The law has never been helpful, and as we get to the end of 2010 there seems to be more law, but not necessarily more clarity.

So what is the law on Waste?

Waste (or wastes) are unwanted or unusable materials. Waste is any substance which is discarded after primary use, or is worthless, defective and of no use. A by-product by contrast is a joint product of relatively minor economic value. A waste product may become a by-product, joint product or resource through an invention that raises a waste product's value above zero.

In this article we refer to the EU waste definition used by the waste management industry. That's the definition in the “Directive 2008/98/EC of the European Parliament and of the Council of 19 November 2008 on waste and repealing certain Directives (Text with EEA relevance)”. europa.eu. 22 November 2008. via Waste – Wikipedia

For the purposes of the Directive, the following definitions shall apply:

That's simple you say. Where is the difficulty.

Well, it is multi-faceted and, as with anything complex, there are different ways of “cutting” it.  I think it is useful to see it as essentially broken down into three strands:

Ultimately, everything rests on the nebulous concept of “discarding”.  Article 3(1) of the revised Waste Framework Directive (2008/98/EC) (the WFD) states that “waste” means any substance or object which the holder discards or intends to discard or is required to discard.

Discarding has been interpreted widely by the European Court, such that you can very easily be discarding something which you sell for a profit!  Fortunately, though, the more recent case law has moved things on considerably.

Article 2 of the WFD is also very important, because it deals with wastes which are excluded from the Directive, and therefore from its regulatory controls.  There are two categories of excluded material:

There is a line of ECJ cases, between 2002 and 2007, where the European Court looked much closer than it had before at the concept of discarding, and developed the helpful concepts of secondary products, production residues and by-products.

The Court defined the basic concept of a “production residue” as something that is not the end product that the manufacturing process directly seeks to produce.  In those cases, the leftover stone was not the primary object of production.  The presumption is that a production residue will be a waste, and that was the ruling in Palin Granit.

However, the Court also opened up the possibility that a production residue might not necessarily be a waste, but might instead be a by-product.  A by-product would not be a waste, provided it was produced as an integral part of the production process, and was to be put to lawful use as a matter of certainty without any further processing.  That was what happened in Avesta Polarit.

Things moved on in the case of Saetti (2004), where the ECJ was asked to give an opinion on whether petroleum coke (a carbon based material produced in the refining of crude oil) was a waste or not.  The Court held that the petroleum coke could not be classified as a production residue at all.  Therefore, the question of by-product did not arise.  The coke was ruled to be a secondary product because it was the result of a technical process choice.

In the so-called “Spanish Pig Manure case”, pig manure used as soil fertiliser as part of a lawful practice of spreading on clearly identified parcels of land was held not to be waste.  Actually, the value of this ruling lies, not so much in its classification of the pig manure, but rather in its dismissal that such a by-product could only be re-used on the site on which it was produced.  In my view, this has positive implications for things like excavated uncontaminated soils in the construction sector.

Finally, Article 5(1) of the WFD attempts to synthesise this case law.  I find the drafting of Article 5(1) concerning in some respects, since some of its wording cuts across the sensible logic of the case law, and fails altogether to deal with secondary products.  We will see whether it causes trouble in practice, but it is a reminder of the volatility of this area of law, and the need to tread warily and under advice.

For me, “end of waste” (or “complete recovery” as it was referred to by the ECJ in ARCO Chemie) is recycling par excellence, even where the end product is a fuel (though the framers of the WFD don't see it that way, which is unfortunate).  I find the lack of any reference to complete recovery in the revised waste hierarchy bemusing and unhelpful.

Still, there is no doubt that the law has moved on.  The ruling of the Court of Appeal in the OSS case, was an overdue sanity check.  It has spawned the quality protocols industry in the UK, and this model has now been expressed at EU level in Article 6 of the WFD.

In the very short space available, I simply record here what are the essential elements of this massively complex area of law.  There is really only one ECJ case, but two excellent UK court authorities, and a remarkably refreshing judgment from the Netherlands which was endorsed here by the Court of Appeal.

The law resides in these court rulings, not in the quality protocols.  The protocol idea is to be welcomed, and the EA and WRAP to be congratulated on what are very useful guidance for those specific waste streams affected.

However, the law is in the court judgments, and in a nutshell the end of waste criteria are that the waste is subjected to “recovery operation”, which produces a distinct marketable product with a guaranteed output product specification which can be used in the same way as an “ordinary” product, with no greater environmental precautions needed nor any greater impact on human health or the environment from using it as you would the ordinary product.  And try not to do anything (e.g. long term storage) that would suggest an intention or requirement to discard.

The real commercial value to be derived from the production of by-products, secondary products or “end of waste” materials, from something hitherto classed as a waste, is usually within reach.  The trick is to approach the matter professionally, systematically and with the proper attention to detail.

Complete the details below to send a link to this page to a friend.

Based Upon an Article by Semple Fraser. The original article here Semple Fraser is no longer available on their website.