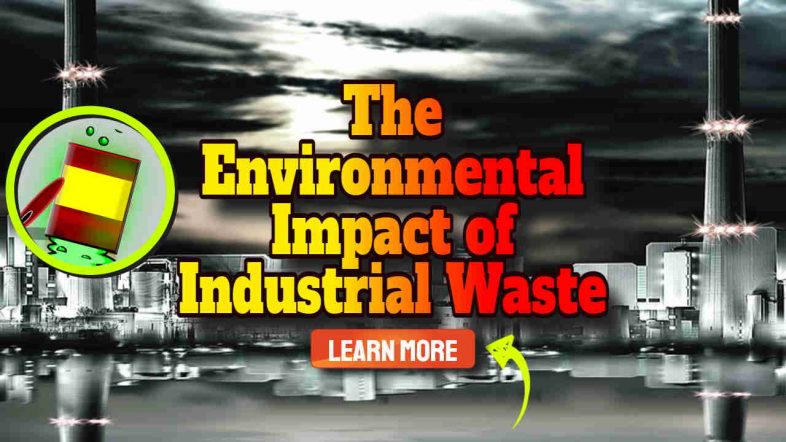 Environmental Impact of Industrial Waste and Its Sources

Before we look at the environmental impact of industrial waste let's be sure that we understand the basics of what Industrial Waste is? This term encompasses any waste that results from the production of products or services in an industrial setting. So, the term is very general and in many nations industrial waste is lumped in with other wastes such as medical waste to be classified as “commercial waste”, either hazardous or non-hazardous.

For most purposes what matters most when considering the environmental impact of industrial waste is whether any waste is classified as hazardous or non-hazardous waste. Both types of waste can come from any industry, such as mills, factories, and mining operations.

The waste each industry produces varies site by site. For example, all these will have offices producing non-hazardous waste in the form of waste paper, cardboard etc., and the employees will discard waste food.

In addition, they may need to dispose of hazardous materials as by-products of their production process. However, hazardous waste production is not all that common in developed nations.

Examples of industrial waste include:

In this article, we will explore the environmental impact of some common non-hazardous and also hazardous waste examples and their sources.

The Potential for Environmental Impact of Industrial Wastewater

Manufacturing industries produce significant amounts of liquid industrial wastewater. The impact of untreated wastewater on watercourses and groundwater would almost always be severe. It must be treated before discharge to avoid environmental damage and the resulting risk of loss of livelihood to all those that depend upon the river as a resource.

Many people say that industrial wastewater is toxic, but that is a word which is defined in different ways by different people. It is usually identified with toxins and poisons, so the word has worrying associations. For that reason, the term used by water engineers and the waste management industry uses the terms hazardous and non-hazardous. Some hazardous waste will also be chemically toxic, but the majority are not. 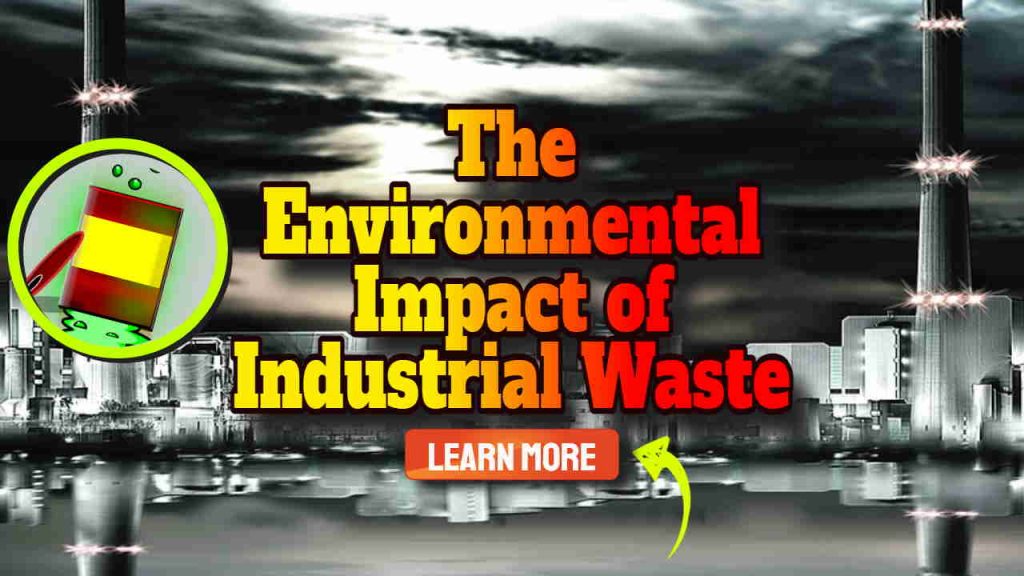 The Difference Between Toxic and Hazardous

If you define toxic as anything which causes damage to health, any industrial wastewater and when it comes to that any foul sewage including that from your home certainly is toxic. The reason for that is that all sewage when in the natural environment consumes oxygen. That results in oxygen depletion and the lack of enough oxygen for life kills many organisms including fish.

It is often said that sewage contains a variety of toxic chemicals and heavy metals. But in well-regulated developed nations all discharges are monitored, and the presence of hazardous (including chemically toxic) chemicals is kept well below the concentrations at which they can cause a negative environmental impact.

Industry in Europe has for many years been required under the EU REACH Regulations to seek out and use non-toxic chemicals and processes, and very few still use toxic/poisonous chemicals, as a result.

Discharging Untreated Wastewater Both Hazardous and Non-hazardous Must be Avoided

Wastewater can have enormous consequences when discharged untreated. It is capable of huge impacts and contaminating natural water sources and causing lasting harm to the ecosystems it enters. But that is rare when EU Water Quality Directives are applied. Polluted wastewater does not itself contribute to global warming either, although by damaging a healthy ecosystem and reducing oxygen concentrations it is likely that additional methane would be formed. That methane would then contribute to global warming. (Click here for more.)

The best people to guard our rivers are fishermen. Fishermen care more than anyone for the rivers of our world. Always listen to what a fisherman says about environmental impacts on their revers.

Water Pollution from Industrial Waste Can be Solved by Environmental Regulation

The problem of water pollution is not a problem which cannot be solved by environmental regulation and the involvement of a local population which values the health and welfare of succeeding generations. In any competitive economic society, the industry will compete to survive among its competitors. It is up to the political maturity of the population to place regulatory boundaries upon industry to preserve the environment and avoid significant environmental impacts.

The Essential Role of Wastewater Treatment

Water is a vital resource for industries, and processing wastewater from these processes is a major concern if only for the reason that as water flows down a river it may be needed to be reused as a supply for an industry further down the river.

To reduce the impact of hazardous water on our ecosystems, industries must ensure that they are treating their wastewater correctly to minimise its environmental impact, before releasing it into the environment.

To minimize the environmental impact of all discharges to sewers, all industries must liaise with their sewerage utility provider's engineering staff to ensure that their discharges are suitable for discharge to the local sewage works. If not, the water treatment provider would need to add a new treatment capacity to the sewage works. If so, the discharging company must either pay for that work to be done or build their own pretreatment works on their site.

For US citizens you can also learn more about the types of wastewater that industrial activity produces by looking into any official documentation filed with the EPA or within the state, itself.

The remainder of this post discusses the different types of solid industrial waste sources and the potential environmental impacts of some of the most common ones. Hopefully, this information will help you make informed responsible decisions about your solid waste disposal.

At the start of this article, we gave examples of industrial waste, and all of those may also be present as solid waste. Another hazardous waste almost always only found in the solid form is radioactive waste.

In the EU radioactive waste above a certain level of radioactivity must be disposed to a hazardous waste landfill. Some low-level radioactive waste such as some hospital waste from x-ray departments etc. may be classified as non-hazardous according to national regulations.

Of the other solid waste types, that we listed above, they will need to be disposed to a specially licensed or “permitted” hazardous waste landfill. The environmental impacts in the event of an escape (leak) of these hazardous materials are considered too damaging to ever let the contents out into the environment.

Hazardous waste landfill charges are very high because they can only be constructed in certain geological locations where they cannot leak out.

The best example is in an area of deep clay strata where the geology of the land helps to prevent the escape of hazardous chemicals. In addition, they must be provided with very strong linings to last for a very long time, and all rainfall must be sealed out from the top to prevent a hazardous waste landfill from ever filling up and overflowing its lethal contents.

A major source of hazardous refuse which could have a server environmental impact on human and animal health is the construction industry and demolition sites.

A number of demolition materials which were once commonly used in buildings have been found to be hazardous, as they can harm humans or the environment.

These materials are most often a hazard due to the presence of small fibres which over a period of time cause lung problems.

Another type of hazardous refuse is from metal finishing operations, which can produce hazardous sludge containing metal hydroxides.

Until recently, ship breaking of old vessels would often result in heavy metal contaminated sludges containing the stripped-off lead-paint-based coatings, and other chemicals designed to prevent the build-up of crustaceans on the hull. Such coatings are classed as hazardous waste.

Concluding – Environmental Impact of Industrial Waste and Its Sources

Various types of hazardous and non-hazardous refuse, and liquid wastewater, must be disposed of properly to avoid severe environmental impacts.

These include industrial effluents as liquids and biosolids.

We have discussed some of the specific types of hazardous refuse, their disposal methods, and potential environmental impacts.

The developed and developing nations have set up various rules and regulations for the disposal of these wastes.

To avoid violating environmental laws, both the industry producers of this waste and the operators of non-hazardous and hazardous refuse facilities must act in accordance with the national and local environmental protection regulations.

In most jurisdictions, each facility must not operate unless inspected and specifically “permitted” by the state authorities.

For example, the following are the most important requirements for industrial waste, commercial, and hazardous refuse facilities in the US. In that nations, compliance with the SDWA (https://www.epa.gov/sdwa) is required by law. The SDWA is an act that requires industrial facilities to register with the EPA and follow their regulations.

The SWDA, in turn, is enforced by the EPA through civil and administrative actions. Compliance with these regulations is the primary concern for businesses. Companies are also prohibited from retaliating against employees for violating environmental laws. Retaliation against an employee is prohibited under the SWDA and is very punishable. 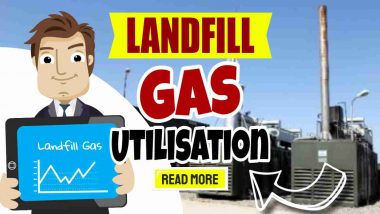 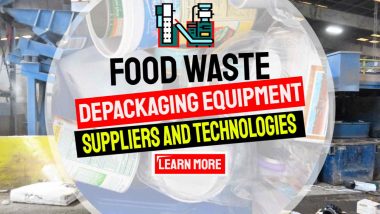