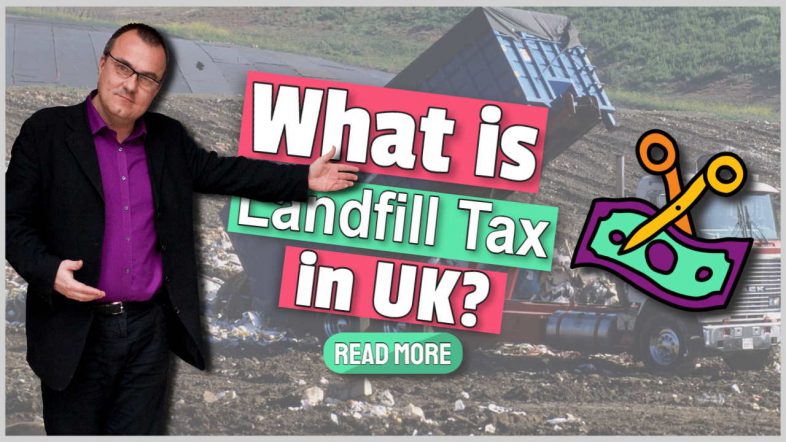 Please forgive us, we will explain what is Landfill Tax in UK later. But, first, for those visitors just keen to find out how much is the Landfill Tax 2021, we start with that.

Every year, this tax is raised, and the increase is normally in line with the retail price index (RPI).

Operators disposing of garbage in Scotland are now subject to the Scottish Landfill Tax, which is set at the same rate as the rest of the UK this year. 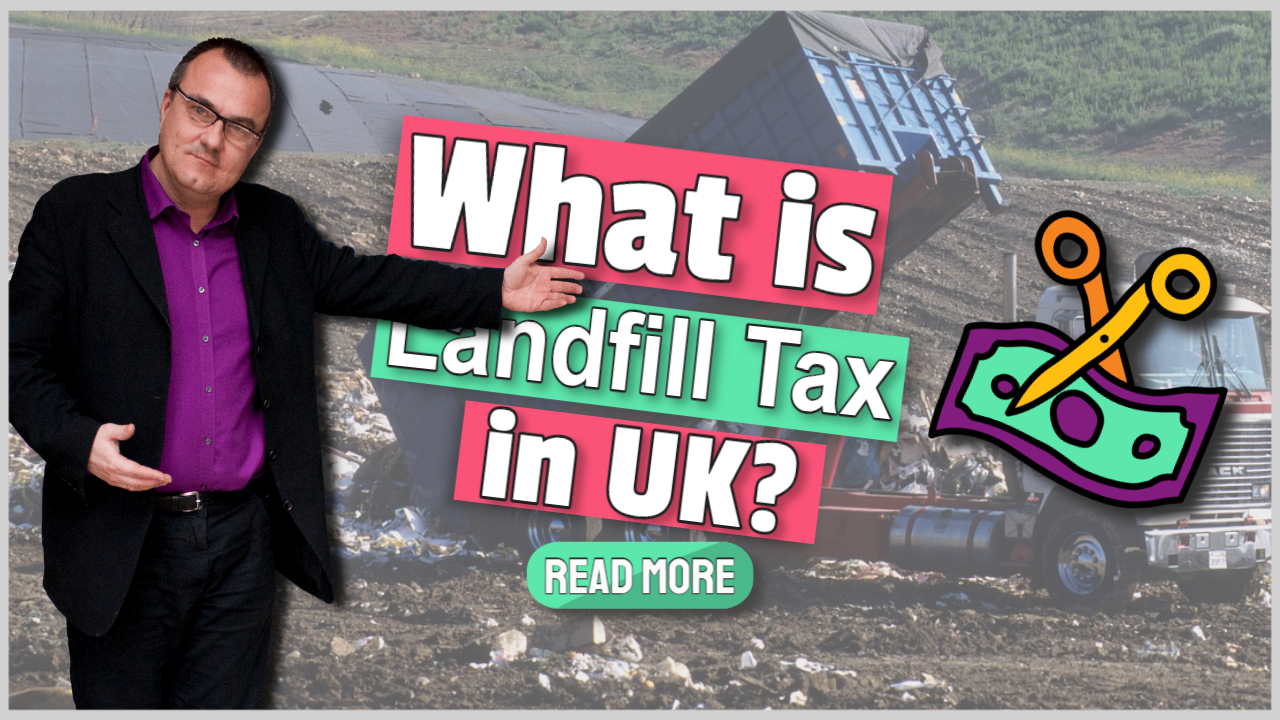 The Scottish Landfill Tax (SLFT) is a successor for the UK landfill tax that existed prior to devolution. It's an environmental tax that compensates for the negative effects of unsustainable production and consumption on the environment. Since April 1, 2015, SLFT has been in operation. SLFT is a key component of Scotland's zero-waste strategy, supporting waste prevention, reuse, and recycling while also assisting in the efficient circulation of precious resources in the Scottish economy.

What is Landfill Tax?

Landfill tax is a type of environmental tax levied on waste that is disposed of in a landfill.

Landfills are solid waste disposal sites where waste/ garbage/ trash/ rubbish is placed and compacted before being covered with surface restoration materials such as soil.

Their stated goal is to reduce the amount of non-recyclable solid waste produced and store it in a safe manner. All landfills must be licenced by the government, and you must pay a landfill tax to utilise them.

Any corporation, municipal government, or organisation that dumps waste at a licenced landfill site must pay a landfill tax on top of the landfill operator's charges.

The levy was enacted by the government to encourage the use of alternate trash disposal methods, such as recycling. The tax on garbage disposed of in landfills is fixed at a rate per tonne, and the official stance is that the high rates reflect the environmental cost of not recycling.

Critics of the landfill tax point out that when originally introduced in the UK over 25 years ago, the rate was much lower in real-terms at that time.

Also, in those days the money collected was largely spent locally on community projects to compensate for the environmental and bad neighbour impacts of local landfills.

Since the coalition 2010 government, there has been an annual “tax escalator” in place raising the tax above inflation each year. The majority of the fund collected go into the general exchequer and no longer benefit landfill locals.

For this reason, while this tax does no doubt do much to encourage recycling, it is seen as a general tax. A government money grab dressed up as “environmental awareness” and “green government”.

What are the new Landfill Tax rates in each UK nation?

On the disposal of waste to landfill sites in Scotland, a Scottish version of this tax is levied. The UK LFT was devolved to the Scottish parliament by the Scotland Act of 2012.

Scottish Landfill Tax (SLFT) was introduced in April 2015 to replace the UK LFT.

The Scottish parliament establishes the tax rates for waste disposal at landfills and determines which waste is subject to the tax. Revenue Scotland collects the SLFT, which is a fully devolved tax.

The Welsh Revenue Authority collects and manages the Landfill Disposals Tax (LDT), which replaced the UK Landfill Tax in Wales on April 1, 2018. (WRA).

The LDT, like the landfill tax, is a weight-based tax on rubbish disposal to landfills.

It is paid by landfill site operators, who then pass these expenses on to other garbage operators via a gate fee.

As far as the authors are aware the standard tax rate for England applies in Northern Ireland, but the tax was also devolved from April 2018.

However, the rates and applicability of all national LFTs should be checked by referring to the relevant government websites, as national rules may change and diverge over time.

What is the “Waste Diversion Policy” the LFT is Intended to Encourage?

Landfill has long been shown to be undesirable for waste disposal, due to its negative impacts on the environment and its neighbours.

Most nations have adopted official waste management policies which place the use of landfill at the bottom.

Landfill is the least preferred waste disposal method, largely because the waste is not actually disposed of – just hidden.

It's the last-ditch disposal option for waste that can't be reused, recycled, or recovered.

No matter how well-engineered a landfill is, landfilling is – the waste is still being dumped into or onto land.

It is the lowest level of the “waste hierarchy” established by the European Waste Framework Directive. The EU's Landfill Directive aims to limit the quantity of garbage sent to landfills by:

In the waste hierarchy, landfill disposal is the least recommended choice and should only be used as a last resort when re-use, recycling, and recovery options have been exhausted.

In the United Kingdom, the rising cost of landfilling waste materials has made it an increasingly expensive option.

If you dispose of waste in UK landfills, the tax rates have now risen to:

The LFT on is still not levied on:

Landfill Tax Regulations and the Definition of LFT

Extension of Tax to Add Taxation for Unauthorised Sites

Section 24 of the LFT1 is a new clause added in 2018. It amends the definition of taxable disposal at authorised landfill sites and added disposals made at unauthorised sites.

It states that LFT is now due on disposals of material at unauthorised sites in England and Northern Ireland; this also applies to disposals prior to 1st April 2018 that were still on site from the 1st April 2018.

When is Fluff or “Frag Waste” – Motor Industry Plastic and Fabric Waste Taxable?

A dispute occurred several years ago, with the UK HMRC.

It centered around whether ‘fluff', “Frag Waste”, or EVP, when used as a temporary/ intermediate cover material, should be included for LFT payment.

It shouldn't, according to the various garbage site operators, but it should, according to HMRC. In both cases, the interpretation of sections 64 and 65 of the Finance Act of 1996 was crucial.

In other words, did the use of the garbage as fluff or EVP undermine the landfill operators' otherwise evident desire to trash it?

Other Changes Arising from CL:aire Definition of Waste Reviews

Changes have also been made as a result of the discovery of a number of abuses of the Environmental Permitting System (EPS), as well as the improper and inaccurate application of the CL:aire Definition of Waste: Development Industry Code of Practice.

The tightening of such laws and regulations regarding tax treatment for landfills is a direct outcome of the large number of contentious legal disputes HMRC has been involved in over many years. But the Treasury has yet (and is unlikely) to put it so clearly.

On October 1, 1996, a landfill fee was enacted to encourage garbage producers and waste management companies to convert to more environmentally friendly disposal methods. There is a reduced rate of tax for less polluting qualifying materials covered by two Treasury orders, and a regular charge for all other taxable material disposed of at authorised landfill sites.

The Effectiveness of the UK LFT

The UK LFT and the related Landfill-Tax-Credit-Scheme were in operation from October 1996. This scheme was halted in 2005, but has subsequently continued but at a much lower level.

The evidence and effectiveness of the UK landfill tax are as follows:

A number of assessments were conducted to evaluate its functioning and efficacy, which resulted in some modest changes. However, there are still questions about the tax and credit scheme's operational flaws.

There is a possibility that the tax will be evaded, and there are concerns that a lack of openness and independence may jeopardise the Landfill-Tax-Credit-Scheme's essential objectives.

The government keeps track of how much waste tax is paid.

A recent analysis of the data revealed that the UK's LFT contributes to our understanding of waste management in the country in two ways.

First, the review determined which areas of the tax are the least effective, as well as the policy implications. The tax, in particular, was found to have had little impact on the behaviour of domestic waste producers and SMEs.

Second, it revealed persistent information gaps that must be addressed. The landfill tax, in particular, is intended to aid in the transition away from waste landfilling and toward waste recovery, recycling, reuse, and waste minimization.

The government announced the latest of these measures in the Autumn Budget of 2017, extending the tax to materials disposed of at illegal trash sites in England and Northern Ireland.

Recent “Under the Radar” changes to LFT Rules include taxation on property development and construction.

Changes to landfill tax rules, which took effect on April 1, 2018, in England, Northern Ireland, and Wales, have broadened the scope of the tax to include property development and construction.

Originally intended to deter unlawful garbage dumping, they now have the ability to address the unlicensed reuse of excavated materials on building sites.

For developers and other stakeholders connected with a construction site, it can be difficult to keep up with such changes. However, one or two legal advice sites have developed information on these additional requirements. 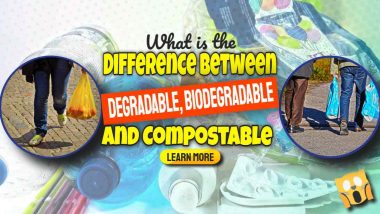 What is the Difference Between Degradable, Biodegradable, and Compostable? 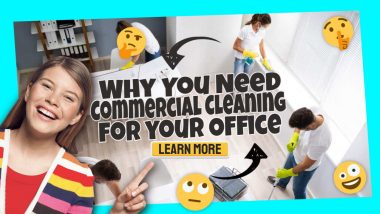 Why You Need Commercial Cleaning for your Office