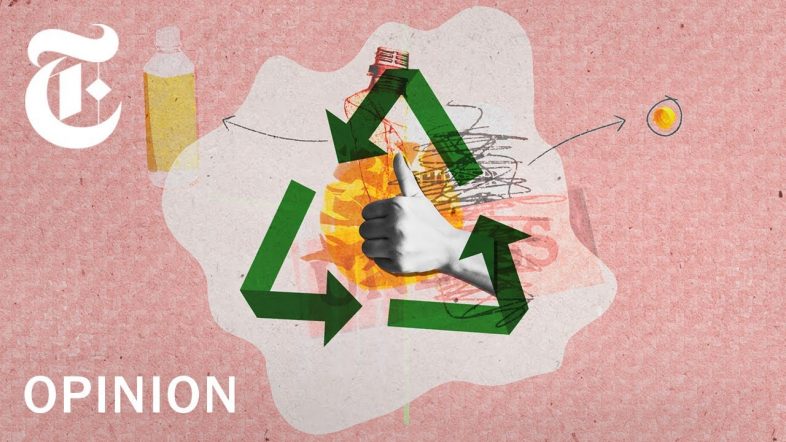 How Much Plastic is Recycled – US and UK Recycling Video Explains

We looked-up how much plastic is recycled on the US EPA website and found a statement that the recycling rate of plastic PET bottles and jars was 29.1 percent in 2017, and the rate for HDPE natural bottles was 31.2 percent in 2017.

The total amount of plastics combusted in MSW in 2017 was 5.6 million tons. This was 16.4 percent of all MSW combusted with energy recovery that year.

The EPA used data from the American Chemistry Council and the National Association for PET Container Resources to measure the recycling of plastic.

While overall the amount of recycled plastics is relatively small—3.0 million tons for a 8.4 percent recycling rate in 2017—the recycling of some specific types of plastic containers is more significant. via epa.gov

Plastic Production is Out of Control “Gargantuan and Horrific”

Mass production of plastics, which began just six decades ago, has accelerated so rapidly that it has created 8.3 billion metric tons—most of it in disposable products that end up as trash. If that seems like an incomprehensible quantity, it is. Even the scientists who set out to conduct the world's first tally of how much plastic has been produced, discarded, burned or put in landfills, were horrified by the sheer size of the numbers.

“We all knew there was a rapid and extreme increase in plastic production from 1950 until now, but actually quantifying the cumulative number for all plastic ever made was quite shocking,” says Jenna Jambeck, a University of Georgia environmental engineer who specializes in studying plastic waste in the oceans.

“This kind of increase would ‘break' any system that was not prepared for it, and this is why we have seen leakage from global waste systems into the oceans,” she says.

Plastic takes more than 400 years to degrade, so most of it still exists in some form. Only 12 percent has been incinerated.

The study was launched two years ago as scientists tried to get a handle on the gargantuan amount of plastic that ends up in the seas and the harm it is causing to birds, marine animals, and fish. The prediction that by mid-century, the oceans will contain more plastic waste than fish, ton for ton, has become one of the most-quoted statistics and a rallying cry to do something about it.

The new study, published Wednesday in the peer-reviewed journal Science Advances, is the first global analysis of all plastics ever made—and their fate. Of the 8.3 billion metric tons that has been produced, 6.3 billion metric tons has become plastic waste. Of that, only nine percent has been recycled. The vast majority—79 percent—is accumulating in landfills or sloughing off in the natural environment as litter.

Meaning: at some point, much of it ends up in the oceans, the final sink.

If present trends continue, by 2050, there will be 12 billion metric tons of plastic in landfills. That amount is 35,000 times as heavy as the Empire State Building.

How much plastic and waste do we produce?

In 1950 the world produced only 2 million tonnes per year.

How much waste do we produce? On an annual basis this can be complicated by the fact that longer duration plastic materials (for example, plastic items in construction, furniture, transport etc. For example, in 2010, primary plastic production was 270 million tonnes, yet plastic waste was 275 million tonnes (since plastics produced in previous years entered the waste stream). We describe this extensively in our full entry on Plastic Pollution. via ourworldindata.org

You sort your recycling, leave it to be collected – and then what? The UK Recycling Reality

From the UK, about half of all paper and cardboard, and two-thirds of plastics – will be loaded on to container ships to be sent to Europe or Asia for recycling. Paper and cardboard goes to mills; glass is washed and re-used or smashed and melted, like metal and plastic. Food, and anything else, is burned or sent to landfill.

Or, at least, that's how it used to work. Then, on the first day of 2018, China, the world's largest market for recycled waste, essentially shut its doors. Under its National Sword policy, China prohibited 24 types of waste from entering the country, arguing that what was coming in was too contaminated. The policy shift was partly attributed to the impact of a documentary, Plastic China, which went viral before censors erased it from China's internet.

The film follows a family working in the country's recycling industry, where humans pick through vast dunes of western waste, shredding and melting salvageable plastic into pellets that can be sold to manufacturers. It is filthy, polluting work – and badly paid. The remainder is often burned in the open air. The family lives alongside the sorting machine, their 11-year-old daughter playing with a Barbie pulled from the rubbish.

For recyclers such as Smith, National Sword was a huge blow. “The price of cardboard has probably halved in the last 12 months,” he says. “The price of plastics has plummeted to the extent that it isn't worth recycling. If China doesn't take plastic, we can't sell it.” Still, that waste has to go somewhere. The UK, like most developed nations, produces more waste than it can process at home: 230m tonnes a year – about 1.1kg per person per day.

The present dumping ground of choice is Malaysia. via theguardian.com

Less than 10% of US Plastic Packaging Waste is Currently Recycled

This is appalling because it's going to hang around for so long! It takes up to 500 years to decompose plastic items in landfills.

According to the EPA, 9.1% of plastic material generated in the U.S. Municipal Solid Waste (MSW) stream was recycled in 2015. via thebalancesmb.com

Plastic Recycling is Not Cost-effective for Recycling Companies

Without a profitable market in which to sell it, it's not cost-effective for many recycling companies to process plastic, so many sell it to other countries at a loss. In 2011, plastic trash was America's primary export to China. In 2018, China stopped all imports of waste from foreign countries and is now on track to beat U.S. sustainability goals by the end of this year.

In countries like India, waste pickers sort through the trash to find the pieces that are most valuable — thicker plastics and metals. The remainder becomes landfilled or incinerated, creating a health crisis for communities while local waterways act like conveyor belts, sending unwanted plastic straight out to sea.

Where does it all go? Most plastic are made from petroleum and built to last — some for thousands of years. In the ocean, sunlight and waves break down most plastics into small microparticles, which never truly biodegrade. Gyres led research found there is an estimated 5.25 trillion particles of “plastic smog” weighing 270,000 tons in our oceans worldwide. via 5gyres.org

Enough plastic is thrown away each year to circle the Earth four times.

Only about 25% of the plastic produced in the U.S. is recycled.

If we recycled the other 75% we could save 1 billion gallons of oil and 44 million cubic yards of landfill space annually. via utahrecycles.org

The Chinese Plastics Ban at the Start of 2018

While China has entirely banned 24 materials, including post-consumer plastic and mixed paper, it has also demanded that other materials, such as cardboard and scrap metal, be only 0.5 percent impure. Even a small amount of food scraps or other rubbish, if undetected, can ruin a batch of recycling.

Some waste managers say that China's new contamination standards are impossible to meet, while others are trying to clean up their recycling streams by slowing down their processing facilities, limiting the types of materials they accept or trying to better educate customers on what belongs in the recycling bin.

American Plastic is Piles Up in Poorest Countries of the World

Until 2017, China and Hong Kong were responsible for processing about half of all U.S. plastic meant for recycling. But so much of the plastic they received from the U.S. was covered with food, dirt or was otherwise contaminated or non-recyclable that it just wound up in Chinese landfills, so the government decided to shut down the program.

American and European plastic is piling up in some of the poorest countries in the world—Bangladesh, Ethiopia, Senegal, Ecuador, Cambodia. Shipping recyclables across the globe for factory processing is hardly a “green” solution, but the labor in these countries is often cheap and there are few if any environmental regulations. Unsurprisingly, considering the lack of oversight, many of those countries are also mismanaging the plastic they process, sometimes just dumping it directly into open air landfills. University of Georgia researcher Jenna Jambeck found that Malaysia was improperly disposing of 55 percent of the plastic shipped there. via gq.com

Recycling Plastics is No Picnic

Compared with lucrative recycling of metal, and similar to the low value of glass recycling, plastic polymers recycling is often more challenging because of low density and low value. There are also numerous technical hurdles to overcome when recycling plastic.

When different types of plastics are melted together, they tend to phase-separate, like oil and water, and set in these layers. The phase boundaries cause structural weakness in the resulting material, meaning that polymer blends are useful in only limited applications. The two most widely manufactured plastics, polypropylene and polyethylene, behave this way, which limits their utility for recycling. Each time plastic is recycled, additional virgin materials must be added to help improve the integrity of the material.

The percentage of plastic that can be fully recycled, rather than down-cycled or go to waste, can be increased when manufacturers of packaged goods minimize mixing of packaging materials and eliminate contaminants. But for now, if you say how much plastic is recycled, I'd say: “Not a lot”! 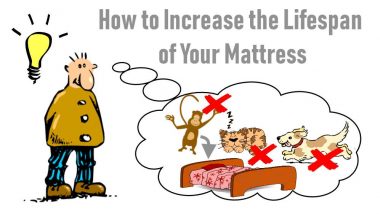 Mattress Lifespan – How to Increase the Life of Your Mattress