There has been a lot of news reporting about a recent rare event (we would assume) where people power has apparently won the day, and the Chinese authorities have withdrawn their plans. It is all about a waste water pipeline in the city of Qidong, which was planned but has been stopped after protests.

This seemed so unusual that I became interested and I found three reports about this incident which I have provided below:

“Authorities in China say a project to build a waste water pipeline in the city of Qidong has been scrapped after a protest over pollution. Demonstrators took to the streets of the city, north of Shanghai, and ransacked local government offices. They …”
http://www.bbc.co.uk/news/world-asia-china-19026464

“BEIJING â€” Angry demonstrators entered a government office in the port city of Qidong, near Shanghai, on Saturday and smashed computers and destroyed furniture to protest a waste discharge plant that they said would pollute the water supply. World …”
http://www.nytimes.com/2012/07/29/world/asia/after-protests-in-qidong-china-plans-for-water-discharge-plant-are-abandoned.html

It seems that from reading these articles there are a number of incidents where some form of change has been brought about by protests within China. However, whether the waste pipeline would have really been as polluting as the protestors argued, is still an open question in my view, due to insufficient information being available. 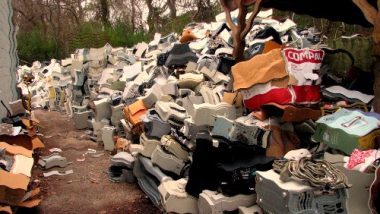 Why You Should Not Send WEEE Waste (Electrical Goods) To Landfill