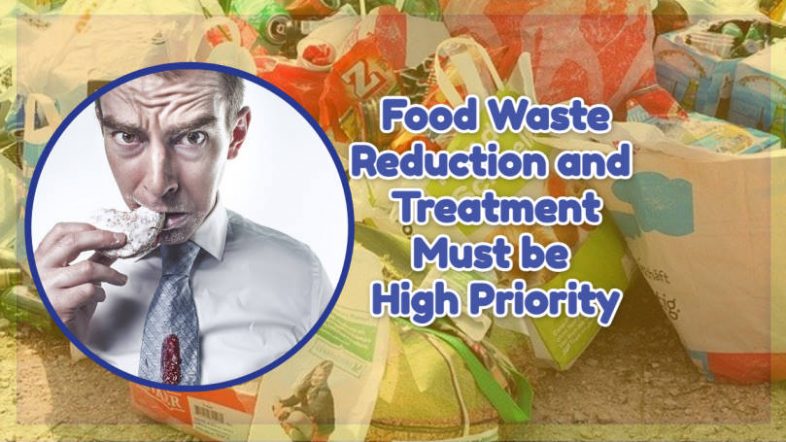 In the run-up to the Glasgow Climate Change Conference next year, governments must step up to the plate by introducing targets for reducing food waste in their net-zero 2025 plans, argues WRAP CEO Marcus Gover.

In November 2021 world leaders will gather in Glasgow for the 26th United Nations Climate Change Conference of the Parties, popularly known as COP26. And with less than a year to go, attention is turning to how the world can reach net-zero emissions, and whether this target is ambitious enough.

WRAP knows that when it comes to protecting the planet from catastrophic climate change, there is no such thing as too ambitious. But we also know that changing the world demands actions, not just words, particularly when we're talking about food. Putting food on our tables is one of the most impactful things we do.

As the UK National Food Strategy said: ‘The global food system is responsible for an estimated 20-30 per cent of total greenhouse gas emissions. It occupies half the world's habitable land, uses 70 per cent of the freshwater we consume, causes three-quarters of all water pollution, and is the single biggest contributor to biodiversity loss. The way we produce our food is the mother of all sustainability issues.'

So when you consider that globally for every two tonnes of food we eat, another tonnes is lost or wasted, action on food waste has to be a priority. In fact, wasted food accounts for six times more greenhouse gas emissions than global aviation – so if we don't fix our food system we won't fix climate change.

Over the past 20 years WRAP has led initiatives with governments, businesses and citizens – first in the UK and now around the world – to change their behaviours to deliver lasting, measurable results. We know a targeted approach works, so our experts start by gathering evidence of where we will make the greatest difference. It's not about hitting the headlines, it's about creating the biggest impact where it's needed the most.

But knowing where to focus efforts is only the first step. You cannot be a change-maker if you don't know the size of the problem you're trying to fix.

This is where some businesses and governments – and even NGOs – come unstuck. Which is understandable because until you measure a problem you can always ignore it, and no-one wants to face up to the fact that they're wasting more or recycling less or generating more CO2 than they'd like. Yet this is the step we all must take if we are to deliver change. We have to know the size of the problem if we have any chance of fixing it, however painful that may be. WRAP has been leading the world on food waste reduction for two decades now, we know the issue inside-out, yet I still find the statistics around how much we waste incredibly sobering.

The good news is that more and more CEOs are recognising that being open about the size of the challenge they're facing is a sign of strength, not weakness. Their openness is encouraging others to adopt the same approach so that soon it will be unthinkable for big businesses not to report.

WRAP pioneered this open, collaborative approach with businesses with our Courtauld Commitment grocery voluntary agreement, and more recently with our voluntary agreements on textiles and plastics. We know that it can be challenging for businesses to share their data with competitors but the results speak for themselves. The latest Courtauld 2025 report demonstrates that even in 2020 when many retailers and brands have faced extremely challenging trading conditions, food and drink businesses are still prioritising waste reduction, knowing that doing so not only makes sense for the planet, but also for their bottom line.

WRAP has demonstrated time and again that the target, measure, act approach works – whether it's bringing together Britain's biggest brands to make radical changes to the way they operate or driving nationwide citizen behaviour change. We know this approach is transferable and scalable because it's being adopted around the world. We know it has the power to bring together natural competitors and inspire them to collaborate.

This is why we're calling on governments across the world to place a target, measure, act approach at the heart of their plans to reach net-zero and tackle climate change. In its annual progress report, the Champions 12.3 coalition notes that the UK is an “exemplar” in tackling food waste – but also that “more governments need to act at scale within their countries to address food loss and waste”. That's why we're calling on them to use 2021 – the countdown to COP – to adopt a target, measure, act approach to preventing food waste, by:

Setting a clear ambition to at least reach Sustainable Development Goal target 12.3 to halve food waste by 2030 Encouraging food and drink businesses to adopt a universal way of reporting their food waste and make this reporting publicly available Making it as simple as possible for citizens to reduce their food waste at home and save money

We recognise this is a big demand, but we believe if you don't ask you don't get. We must all play our part if we're to reach net zero, so it's time for governments to step up to the plate. 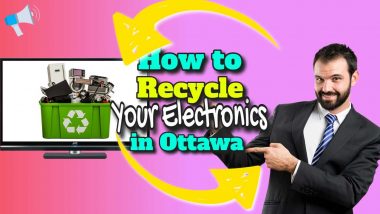 How to Recycle Your Electronics in Ottawa 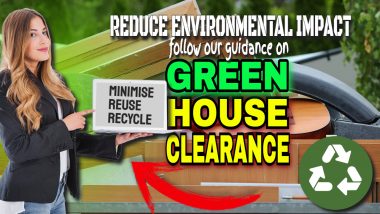 Green House Clearance by Minimising Waste via Reuse and Recycling