Coca-Cola’s Scottish factory announced plans to completely stop sending waste to landfill by the end of 2011 – another significant step towards making Scotland a zero waste society. The plant in East Kilbride, whose products include Coca-Cola, Fanta, Dr Pepper and Sprite, will improve its recycling facilities and work with an external waste contractor to reach the target. The announcement comes as new SEPA figures reveal that Scotland has exceeded its European landfill target 18 months early, with 1.29 million tonnes of waste being sent to landfill; the end of 2010 target of 1.32 million tonnes has already been met..

The Merseyside Waste Disposal Authority (MWDA) announced on May 19 that it has signed its Â£640 million waste and recycling contract with Veolia Environmental Services.

The Welsh Assembly Government has announced a Â£800,000 package to help reduce the amount of waste being sent to landfills in Wales of which Â£100,000 to help Merthyr Tydfil County Borough Council. In Merthyr Tydfil, the funding will be used for a door-knocking campaign to encourage more households to recycle.
The remainder of the Â£800,000 is expected to be used to support plastics recycling in Wales and develop “Zero waste places”.

In the UK we throw away our cheap clothing so quickly that it is a major burden on the landfill industry. Much of this material can be resold and re-used. The UK Government is seeking to encourage this with better awareness of clothing recycling among the public, but will it be enough to meet EU requirements? 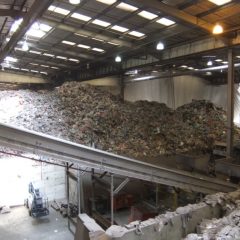 The Waster is often asked for a list of UK MRFs so the announcement made in our article below should, at the very least have provided a UK municipal MRF search tool with a list of addresses and operator names. This is a glaring gap in the available information on these plants in Britain. Scroll […]

Article extract from the UK Telegraph newspaper: Mountains of recycled rubbish spring up across UK as market for waste collapses. Hundreds of thousands of tonnes of unwanted recycling is being stockpiled as contractors struggle to sell off used cans, newspapers and cardboard collected from households. By Christopher Hope, Whitehall Editor, and Caroline Gammell Last Updated: […]

It is heartening to see that WRG’s values are well enough grounded in the basic essentials which in the end are so important to raise recycling rates, that they publicise individual successes by the staff at the sites they develop and run, and that they have issued the press release duplicated below. However, the Waster […]

Advantages of BSI PAS 108 Tyre Bales: A New Sustainable Use for a Problem Waste A simple act by WRAP should revolutionise the use of tyre bales in civil engineering and landscape applications, sustainably using this material where otherwise resources would be wasted in their disposal. It will be obvious to our Wastersblog waste management […] 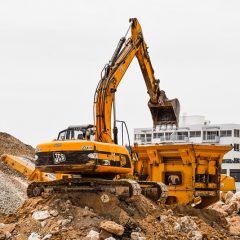