An ambitious plan to build a huge shopping, office and housing complex on top of an old landfill in St. Petersburg has been scrapped, the developers acknowledged Tuesday.

Florida Gateway Development I was comprised of Industrial Realty Group of Los Angeles and Bear Creek Capital of Cincinnati.

However, Pinellas County leaders hadn’t heard from the developers recently and began having doubts about the project.

Florida Gateway Development I was facing a July 1 deadline to put up a $350,000 deposit on the Toytown land.

Tippmann did not return calls from The Tampa Tribune in recent days.

The Pinellas County Commission is expected to talk about what to do with Toytown at its July 12 meeting. An unnamed company from Germany has proposed building a solar energy field in Pinellas County, possibly at Toytown, said Mike Meidel, the county’s economic development director.

However, Meidel said the Toytown site may be too valuable for a solar field alone.

“I personally don’t see it as highest and best use for that property,” he said.

Some people have suggested building a new stadium for the Tampa Bay Rays at Toytown, even though it never got past the hypothetical stage. Any stadium developer probably also would want to build a larger retail complex, so that sports fans could visit nearby shops and restaurants, Meidel said. 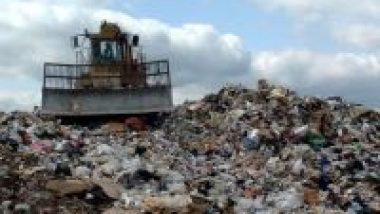