AN action group in Hartlebury is calling for a cheaper alternative to a planned incinerator, after Worcestershire County Council revealed it must save up to Â£70 million by 2015.

Worcestershire Residents Against Incineration and Landfill (WAIL) was formed in opposition to plans to build a Â£120 million waste processing plant at Hartlebury Industrial Estate.

In response to the county councilâ€™s budget announcement earlier this month, WAIL chairman, Ray Kirby, said: â€œThere are reported to be 750 job losses at the county and massive budget cuts but under the proposed public finance initiative the mortgage interest costs alone [relating to the waste plant project]could be estimated at Â£5 million per year, before repayment begins.â€

He asked: â€œHow many front line jobs and services to vulnerable people does that equate to?

â€œIs it wise to commit to a Â£120 million mortgage for 25 years at this uncertain and cash-constrained time?â€

He said the county could save half the cost of the proposed incinerator â€“ a saving of around Â£60 million â€“ by opting for anaerobic digestion to divert biodegradable waste from landfill.

A county council spokesman said: â€œThe county council carried out an options appraisal of all current comparable technologies during its recent review of the Joint Municipal Waste Management Strategy.

â€œIt concluded that over a 25-year period a single energy from waste facility is the best overall solution for dealing with residual waste in Worcestershire and Herefordshire.â€

He added: “This appraisal is available at the website at worcestershire.gov.uk and ranks energy from waste as having a lower life cycle cost than other technologies.â€

Please register now or sign in below to continue. 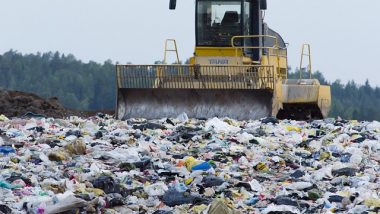 Ever Wondered What Happens to Your Waste? The Shocking Truth About Landfills and Global Warming!