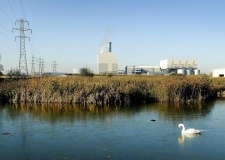 Controversial plans to build a waste incinerator on the edge of Kingâ€™s Lynn could be halted because of an old land agreement, it emerged last night.

Land Registry documents unearthed by campaigners opposed to plans for an â€œenergy from wasteâ€ plant reveal a covenant placed on the land by a previous owner prevents it being used for commercial production of electricity.

If the county council does not overturn the clause then its Â£169m project at the Saddlebow industrial estate could be thrown into jeopardy.

However last night the authority said it was just a â€œmatter of negotiationâ€ and was working hard to overturn the land agreement.

Anti-incinerator campaigner Mike Knights said the documents came to light after a fellow campaigner, a solicitor, researched the Land Registry.

He said: â€œIt came as quite a shock to us when we found out about this covenant even though we had our suspicions something like this was in place.

â€œThe county council has claimed that this is the best site in Norfolk for an incinerator and that it is the most sensible place for generating electricity.

â€œBut if this covenant isnâ€™t removed then one of their main justifications for its existence will be prohibited.

â€œFor the council to reach this stage without having it removed is an act of incompetence if ever I saw one and a show stopper in my opinion.â€

The Kingâ€™s Lynn incinerator, if built, would be capable of treating 170,000 tonnes of black bin waste as well as a further 90,000 tonnes of commercial waste.

Mr Knights continued: â€œThe council will really have a problem on its hands if the previous owner who put this covenant in place wonâ€™t budge.

â€œThe council is committed to this site because all its other options have been burnt so the authority is really not in a strong position at the moment.

â€œBut this also means that it is not good news for taxpayers because it will be our money that might be needed to pay the previous owner to overturn this covenant.â€

He added: â€œWe are not sure who put this covenant in place but we think a power company may have been involved with the land at some point and didnâ€™t want a competitor to get their hands on the land.â€

Norfolk County Council has said it is aware of the covenant and that it is â€œnot a show stopperâ€ in its quest for an incinerator in West Norfolk.

A county council spokesman said: â€œWith any land acquisition, there are always various issues that need to be overcome to make the site useable.

â€œAs far as a covenant is concerned, while discussions in relation to all aspects of this contract are continuing we simply canâ€™t comment on this particular aspect at the moment.

â€œBut I would point out that land covenants are not only very common but they are also entirely negotiable.â€

The spokesman did not reveal who the council is in discussions with regarding the covenant but hinted it could be the previous site owners.

He continued: â€œIf built, this power and recycling centre at Saddlebow would save Norfolk residents about Â£8 million every year compared to using landfill to get rid of our rubbish.

â€œIt would also help local businesses avoid the escalating cost of landfill. At times when public and private finances are under so much pressure this is a rare ray of sunshine.â€

The county council has recently come under criticism after it emerged the authority could face a compensation bill of up to Â£20m if the planned waste incinerator does not go ahead.

A contract is likely to be signed early next year between the council and its preferred bidder, Cory Wheelabrator, for the controversial plant.

Arctic blasts are set to hit Norfolk this weekend, with snow predicted just as Norwich gets ready for the East Anglian football derby and the half marathon. 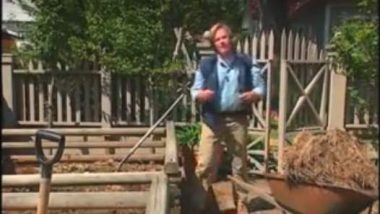