The UK is going to be more and more dependent on recycling at source to reduce the tonnages of waste going for landfill disposal given the slow uptake of PFI Contracts for Integrated Waste Management partly arising from the lack of lending from the banks as part of the credit crunch. The UK Government will need an awful lot of initiatives like the one below though if new finance does not flow soon into these investments as in so many others – The Waster.

London, England (CNS) – In a bid to make the public more aware of the hazards of discarding unused clothes, British government have launched a new campaign. The campaign, which was launched at London Fashion Week, plans to target the problem dubbed “the Primark effect.”

The Sustainable Clothing Roadmap is launched in partnership with the government and 300 of the biggest high-street stores and designers. According to various statistics, every year British consumers buy two million tonnes of clothes, and astonishingly 1.2 million tones of that ends up in the landfill, The Telegraph reports.

The report also says that only 300,000 of that are being recycled or reused. The new campaign, where Oxfam is also participating, will encourage more people to buy and donate second-hand clothes.

The initiative also includes a public information campaign to educate consumers on how to consume minimum energy during the lifetime of clothing by washing items at low temperatures and getting rid of clothes through donating to charity shops or recycling rather than landfill. More…

MBT in Germany is in the Best of Health 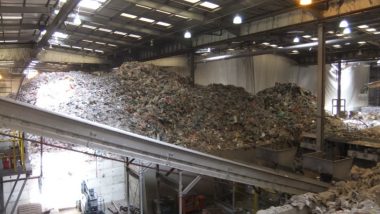