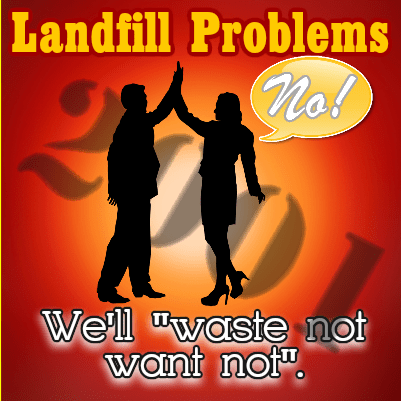 It is that time of year again when we all tend to look back at the year just gone (2008), so what happened to waste in 2008. Here is our review of the year in UK rubbish.

At the Wasters blog we started the year by reporting the gap between Ireland's actual rates of recycling and waste diversion away from landfill, and the target requirements. It seems that Ireland will need to speed up its progress or soon face fines from the EU for failing to comply with the targets set up in the Landfill Directive. 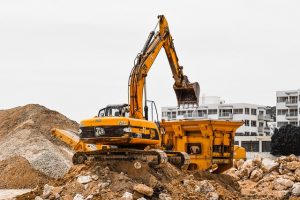 This contrasted strongly against stories of success from the United Kingdom which were posted on our blog throughout the year. In fact, the Environment Secretary for Scotland announced ambitious plans to exceed the EU targets, for Waste in 2008/ waste management in Scotland. The new targets amount to 60 percent recycling by 2020 and 70 percent by 2025. Also, incineration received a knock as a part of this plan, when it became clear that no more than 25 percent of waste is to be used to generate energy. The ultimate target is that they will reduce municipal waste being sent to landfill to just 5 percent by 2025. That is quite a target to go for! Especially as the easy option of incineration will be severely capped.

All the time last year, new announcements of new waste collection and massive investment in waste and secondary resource processing facilities planned were being made by the big five waste management companies, and indeed newcomers to the PFI Contracts, especially for the very large big-city contracts.

At the start of the year all were surprised that the Greater Manchester Waste Disposal Authority (GMWDA) was still in extended negotiation for its PFI Contract. In March we were told that they would very soon be announcing the award. However, the end of April arrived before there was a further delay announced. Even now the deal is not resolved.

Of course, all large contract negotiations are suffering from the much tougher bank lending rules which have been in place since the credit crunch really began to bite in the summer of Waste in 2008. The contractors bidding have found that the banks have been pulling back on their borrowing and at the very least their interest rates will have no doubt been revised. At a contract value in the region of reported £3 billion, and said to be the largest municipal waste contract in Europe, the GMWDA deal must be extremely hard to clinch.

The latest News (from LetsRecycle.com) about the Manchester PFI Waste in 2008 contract, at the start of December was that the banks were completing final formalities with a hoped for Christmas signing. The Waster has not seen an announcement so far, so we will hopefully receive the good news as one of the first events in the UK waste management scene in 2009!

The Manchester contract, and many others, need signing soon and then to move into the construction stage for the new facilities planned and much needed in order for the UK recycling and waste diversion targets to be met in the years to come.

One of the highlights for the Waster (who has been described as “born to landfill”) was a German research paper reported in April to be recommending the use of landfill as a carbon sink, as in carbon sequestration/storage for waste in 2008. The posting was titled “Carbon Storage – A Renaissance for Landfill?”

How refreshing it was for a landfill lover like the Waster to be told that landfilling should be increased and encouraged and certainly not reduced. Wonderful! More of it please!

Autumn news showed the waste industry to be remarkably resilient to the economic slowdown, although landfill operators were, and still are, reporting the current remarkable rarity of once ever-present construction waste vehicles arriving at their landfill gates.

Of course part of the reduction might be due to better management of waste at the construction sites themselves, and in particular this may have had a small effect after the introduction, in the spring by the UK government, of a new legal requirement. The new rule is that all large construction sites produce Site Waste Management Plans (SWMPs) for every Waste in 2008 site from now on.

However, the lack of much SWMP activity reportedly being seen from the construction industry in setting up these plans shows that it is the economic slowdown rather than much better construction site waste minimisation and recycling that is the predominant effect here!

All in all, the UK waste management industry continues in the path set for it by the politicians in the 1986 Maastricht Treaty. Don't forget that ALL EU member nation policy on waste-related legislation is derived from the EU commission and through qualified majority voting (unanimity in these matters is a thing of the past). The Waster is UK based and from his point of view the waste legislation has nothing directly to do with public health or environmental health issues in the UK.

The Waster's view is that this is nowhere more obvious than in the last of the big news events of the year. That is the autumn's big and ever-rising cost of recycling due to the economic slowdown. How can it be right that policy, for Waste in 2008, is so inflexible that the ratepayers have to pick up whatever bill the waste industry incurs when the raw materials price falls through the floor? 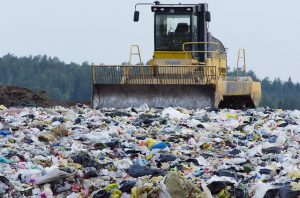 In any other market there would be a market self-correction when the recyclers reduced their output to match the value gained from the recycled materials. In fact, the recycling market is bound to create these huge fluctuations as it is so distorted by inflexible EU policy.

As the Waster has been around for a long time, he continues to see it as remarkable that the current waste policies have lasted for as long as they have in their current form and ever increasingly are being built with huge investment into the fabric of our nation.

The concern must be how well technically they are based, when MBT in all its forms is put forward as better than incineration by our policy makers. Given public hostility in the UK to incineration it may be convenient to neglect the fact that no proper primary research has been done into the long-term impacts of MBT residues which receive only scant drying or composting treatment in order to declassify them from being organic waste. This allows this supposedly processed material to be sent to landfill without, on paper, contributing the the organic waste sent to landfill. This must surely be bending the rules for Waste in 2008, beyond the point of forgiveness, purely for convenience?

Furthermore, why all the obsession we see with the carbon cycle within the waste regulators and impacts – to the almost complete neglect of consideration of the nitrogen cycle?

Both must be got right for a healthy environment and both need very careful consideration. However, the Waster is not aware of any recent research into the fate of nitrogen from waste residues, which he considers must be highly neglectful.

As we said earlier, the Waster does have a long memory, and he does remember that the UK only signed up to the Landfill Directive after resisting doing so for 11 years, in exchange for a deal with the Spanish on fishing quotas!

We did not know then what that had to do with sound waste management or environmental protection, and that has not changed.

So, the Waster will continue through 2009 to take a critical view of the waste scene as it implements EU legislation, and will plea for ALL aspects of policy to be founded on sound principles, rather than embarking on huge investments in waste technology in waste processing without good research to back up politically convenient theory.

Those were the main issues for the Wastersblog in 2008, and that ends our look back at the year 2008.

Your comments on this blog posting will, as always, be highly welcomed. Don't be shy – comment away about your views on Waste in 2008! (Email me direct if you have any problems with the commenting system on the blog site. All previous problems you might have experienced with the comments system have been rectified.)

The Waster would like to take this opportunity to wish all his readers a happy and prosperous new year.