Mountains of recycled rubbish spring up across UK as market for waste collapses.

Hundreds of thousands of tonnes of unwanted recycling is being stockpiled as contractors struggle to sell off used cans, newspapers and cardboard collected from households.

By Christopher Hope, Whitehall Editor, and Caroline Gammell
Last Updated: 10:24PM GMT 29 Dec 2008
Mountains of recycled rubbish spring up across UK as market for waste collapses
One in four councils has asked for more storage capacity to cope with recycling. Photo: Geoff Pugh

Experts estimate that up to 15 per cent of all recycling is now being stored in warehouses and ports, waiting for a buyer.

Some of the waste could be stuck there for a year.

One in four councils has asked for more storage capacity to cope with the problem, which is likely to have worsened because of the volume of recycling generated over Christmas.

Councils have been forced to recycle more by facing higher penalties for every tonne of waste that they dump in landfill to help the UK hit new European Union recycling targets.

But demand for recycling material has dropped sharply since October as sales of new cars, white goods and new homes – which provide a market for recycled material – have tailed off in the global downturn.

The price of recycled cans has fallen from Â£200 a tonne to Â£20 a tonne, while paper and card has also dropped from Â£60 a tonne to just Â£10 a tonne.

Prices have now fallen so far that the cost of making new plastic is cheaper than reusing the recycled material. The result has been a big increase in stockpiles of recycled rubbish, which contractors are battling to clear.

The Environment Agency said one way to ease the situation was for people to give more of their waste to charity, rather trying to recycle it.

The news comes after research by The Daily Telegraph found that three in four councils diverted nearly 200,000 tonnes of recycled waste to landfill last year.

Greencycle, a firm which collects waste for councils in the north east of England, said it had been forced to stockpile 2,000 tonnes of paper, card and cans.

Neil Rippon, the company's managing director, said: “The market is the worst that anybody has ever known. People who I know who have been in the business for 30 years have never known anything like it.”

Mr Rippon estimated as much as 15 per cent of all recycling could be stockpiled temporarily. Last year 800,000 tonnes of recycling was collected from households in England and Wales every month.

Closed Loop, one of the UK's biggest recycling firms, said it was planning to increase its stocks of unwanted bottles by 5,000 tonnes by leasing four acres of next to its factory in Dagenham.

Chris Dow, the chief executive, said: “When the recycling has a problem, it is up to people like me to step up to the plate.”

Dave Davis, the owner of Oswestry Waste Paper in Shropshire, said the market was so bad that processors were being forced to charge councils and shopping centres money to collect waste paper and card.

He said “I have never seen the market so volatile, it has just fallen over the edge. We just keep our fingers crossed that the market will change.”

Experts said stockpiling was likely to get worse over the next nine weeks. Steve Eminton, of Let's Recycle.com, said: “Everything is now being stockpiled. I think it is probably going to get worse in January and February.”

Official figures show the number of registered sites for storing recycled waste increased by two per cent to 859 in the past 12 months.

The Local Government Association, which represents 400 councils in England and Wales, said 27 per cent of councils had increased their temporary storage capacity for recycled waste.

Paul Bettison, chairman of the LGA's environment board, said some of the stockpiled waste might not be cleared for a year: “I have spoken to a number of people who have decided to hold on [to the waste] because prices seems to be improving.

“The recycling market is very immature; no one foresaw that in terms of a recession, it can be extremely volatile.”

Eric Pickles MP, the shadow Local Government secretary, said: “Councils are being forced either to stockpile rubbish in dumps across the country, or else be hit by swingeing fines and taxes imposed from Whitehall.”

The Environment Agency has now issued guidance to recycling firm to ensure that they store recycling safely and legally.

The agency said householders could help to tackle the problem by giving more recycled goods, such as books, old television sets and video games consoles, to second hand shops.

Go to the Telegraph Newspaper for the full article here. 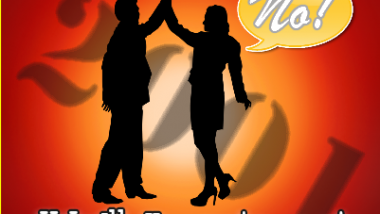