EU Confirms Landfill is the Last Place You Should Put Waste

By 2020, EU member states must recycle 50% of their household and similar waste and 70% of their construction and demolition waste, says the new directive.

It also contributes to legal simplification by repealing the current waste framework directive, the directive on hazardous waste, and part of the directive on waste oils. The Council of the European Union says it also â€œmodernisesâ€ waste legislation by:

* introducing an environmental objective
* clarifying the notions of recovery, disposal, end of waste status and by-product
* defining the conditions for mixing hazardous waste
* and specifying a procedure for the establishment of technical minimum standards for certain waste management operations.

The directive â€œintroduces a new approach to waste management that encourages the prevention of waste,â€ states the Council, with safe landfill disposal listed as â€œa last resortâ€ in the hierarchy, which all governments and local authorities must apply when developing waste policies.

â€œBy promoting the use of waste as a secondary resource, the new directive is intended to reduce the landfill of waste as well as potent greenhouse gases arising from such landfill sites,â€ the Council states.

The directive's approval comes after several years of tough negotiations, with a proposal to overhaul the EU's waste policy originally tabled in 2005.

To reach agreement the Parliament had to drop any reference to binding waste prevention targets to be applied at a national level. EU countries will instead have to adopt waste prevention programs five years after this directive comes into force.

In adopting the directive the Council accepted all amendments voted by the European Parliament in the second reading in June. Member states are â€œrequired to transpose the directive into national law within two yearsâ€. More… 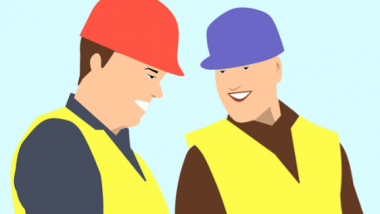